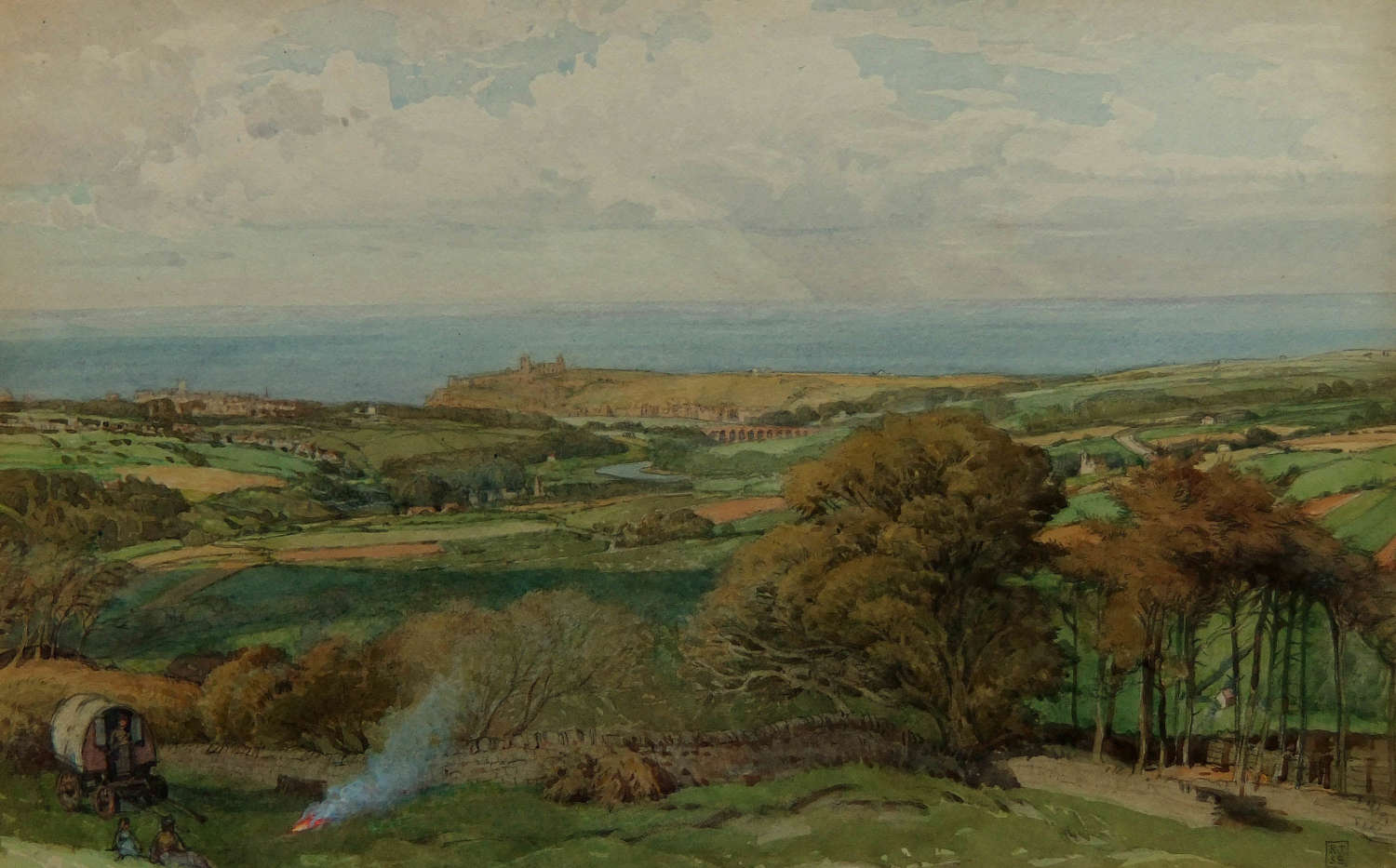 Bertram was born in Newcastle in 1871. After a general education he worked as a designer in a furniture store where his talent for art was first recognised. He attended evening classes at the Durham College of Art in Newcastle and was so successful that heÂ  eventually became master of design at the then Armstrong College (later to become Kings College) and what is now Newcastle University. His outstanding abilities as a draftsman made him much sought after by publishers from his early 20's, his drawings were used for many publications including A Northumberland County History, A Fishers Garland, Northumbrian Decameron, and numerous books by local authors. He also produced his own books including a set of 15 lithographs titled "Old Newcastle"  published in 1908 by Mawson Swan and Morgan. He exhibited at the Bewick Club, Artists of Northern Counties at the Laing Gallery and sent work to the RA. Bertram was one of the Northumbria's oustanding draughtsman, painters and art teachers of the early 20th century. He moved to Whitby where he died in 1953. The present watercolour measures 9"x 14" and is mounted and framed in a quality gilt frame giving an overall size of 16"x 22". It is signed lower right with a monogram and has a nice old label on the back with the title "Whitby from Blue Bank". A very attractive picture of Whitby.