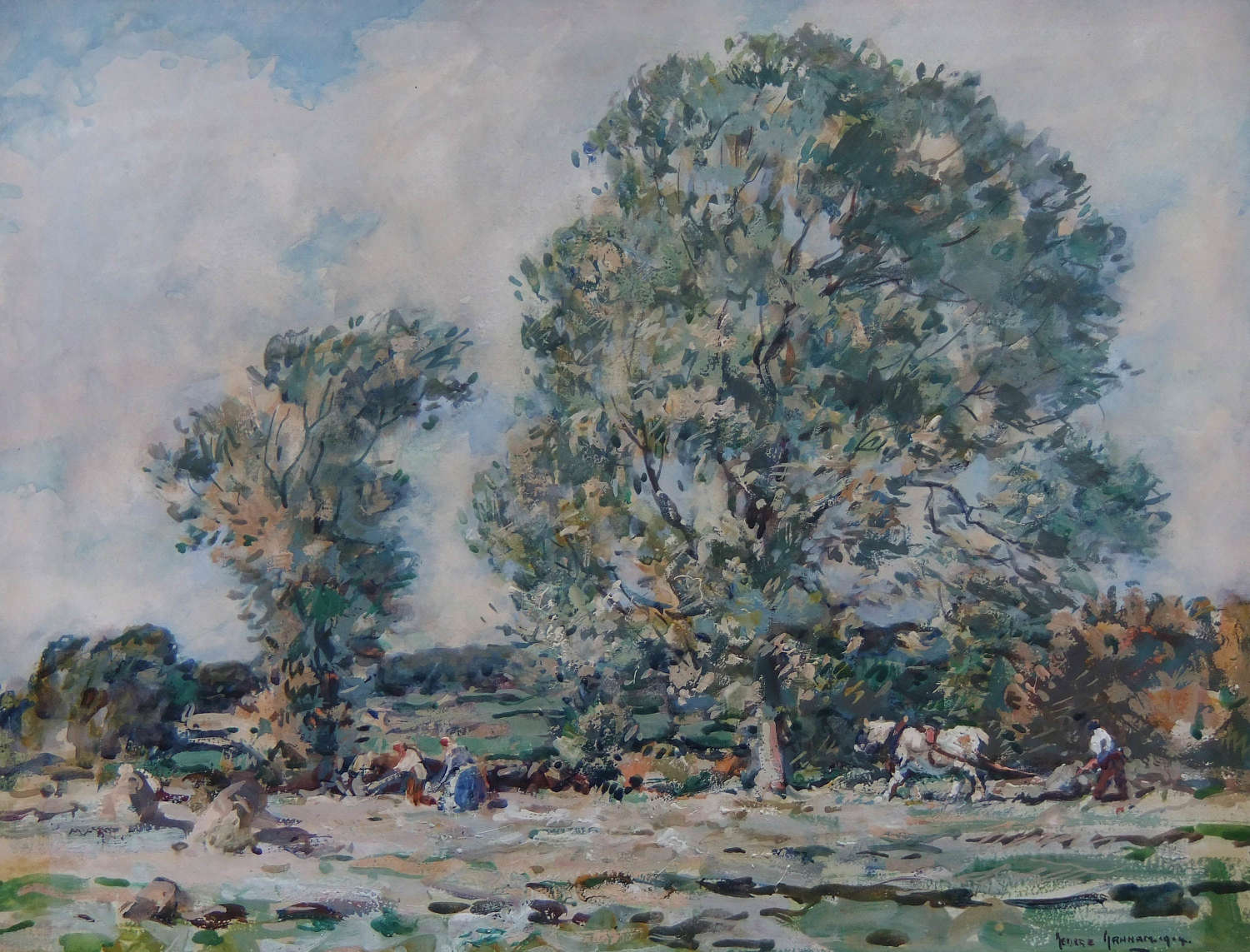 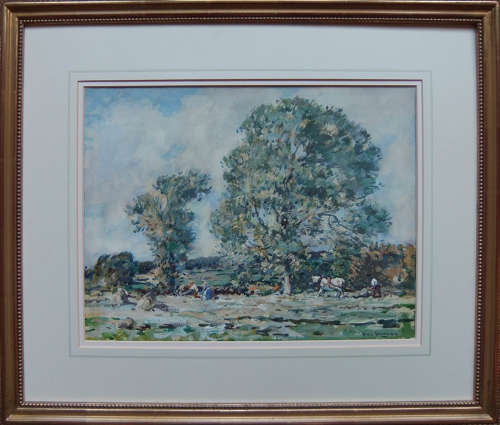 George Graham was born in Leeds in 1881 and took drawing lessons at Leeds School of Art and later studied painting in London under Sir Frank Brangwyn and Sir William Nicholson. He exhibited oil paintings and watercolours at the Royal Academy 1908-1947, the Royal Scottish Academy from 1916, the New English Art Club from 1938 and at many other Galleries throughout the U.K.. George Graham settled at Winchelsea Beach in the early 1920s designing and building a house in 1922 that he called Salt Dykes and where he died in 1949.

"Haymaking" is a very good example of his work. Measuring 12"x 16" the picture is signed lower right and is mounted and framed giving an overall size of 19"x 23".