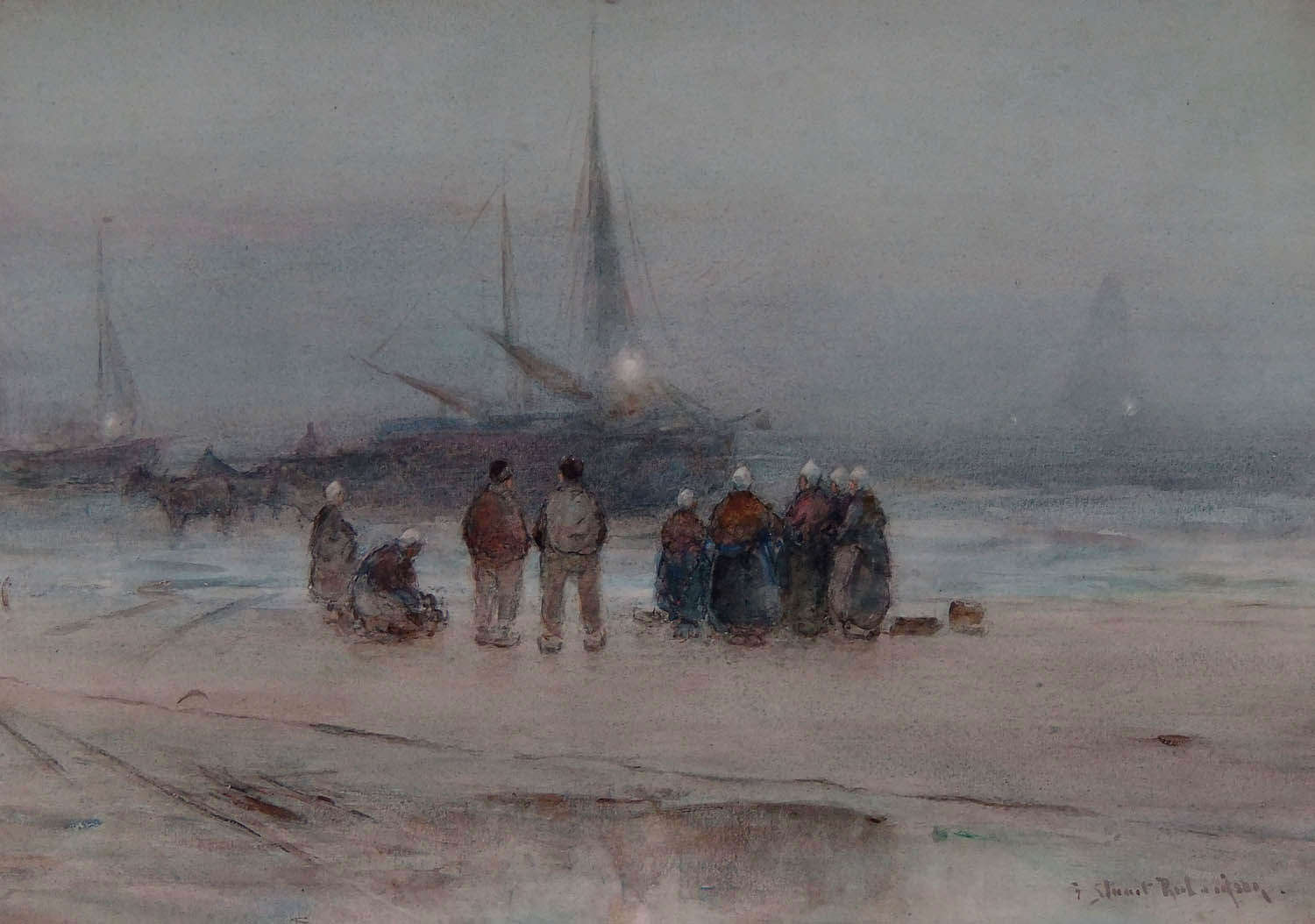 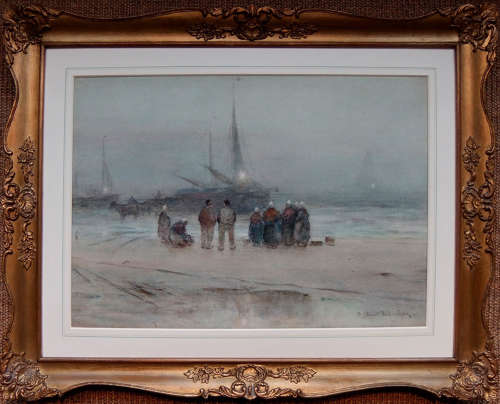 Frederick Stuart Richardson was born in Clifton, Bristol. He was educated at Repton School and later travelled to Paris to study painting under Carolus Duran. On his return to England, he set up a base at his father`s rectory in Sandy and travelled extensively in Scotland, Ireland, Italy, Holland, France and Cornwall and made annual visits to Staithes in Yorkshire. There he became an active member of the Staithes Group, an important artist colony in the north, participating in the exhibitions of the Staithes Art Club, and annual exhibitions of the Yorkshire Union of Artists.  He exhibited at galleries including Glasgow, Liverpool, Manchester, Birmingham, the Royal Society of Bristol Artists, the Royal Institute of Painters in Watercolours, the Royal Institute of Oil Painters, the Royal Scottish Society of Painters in Watercolours, the Royal Hibernian Academy, the Royal West of England Academy, and the Royal Academy.

The present painting "Twilight, Katwyk"  is a fine example measuring 13"x 19". It is signed lower left and is framed in an old gilt swept frame giving an overall size of 20"x 27".