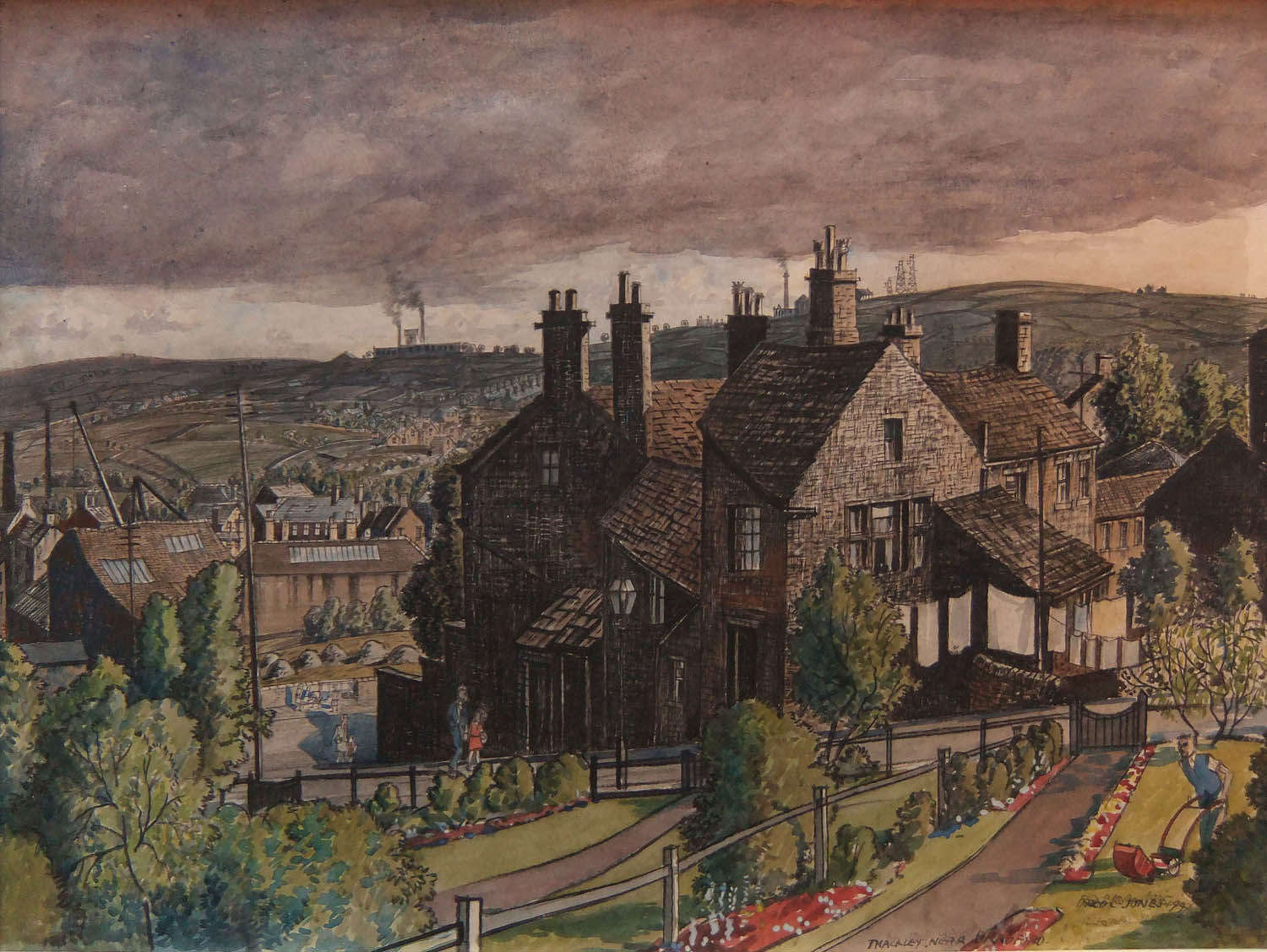 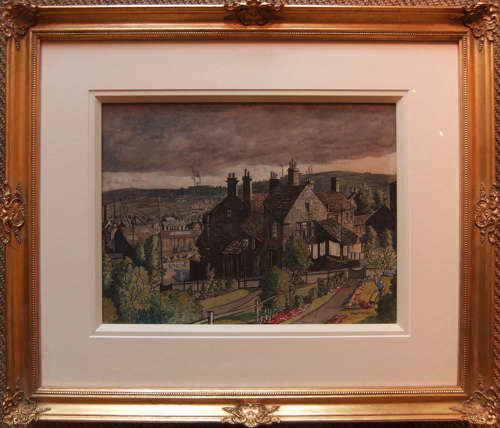 Fred Cecil Jones was born in Bradford in 1891. He was the son of artist Maud Raphael Jones and studied at Bradford College of Art, 1915 -16, and also part-time at Leeds College of Art. In 1916 Fred volunteered for the Army. His artistic talent was recognised and he served as a reconnaissance artist, where he gained the nickname, â€˜Detail Jones', for the quality of his work. He briefly taught other Army artists the skill of panoramic reconnaissance drawing, but served most of his time on the Western Front until the close of the war. After the war he drew and painted the towns and cities of North England, with work again characterized by its close observation and attention to detail. He exhibited throughout UK and his work is now in many private and public collections. The present watercolour is a wonderful example of his work. It is signed and dated 1947 and inscribed with the title "Thackley near Bradford" and "...Idle". The watercolour measures 11"x 15" and is mounted and framed giving an overall size of 20"x 24".