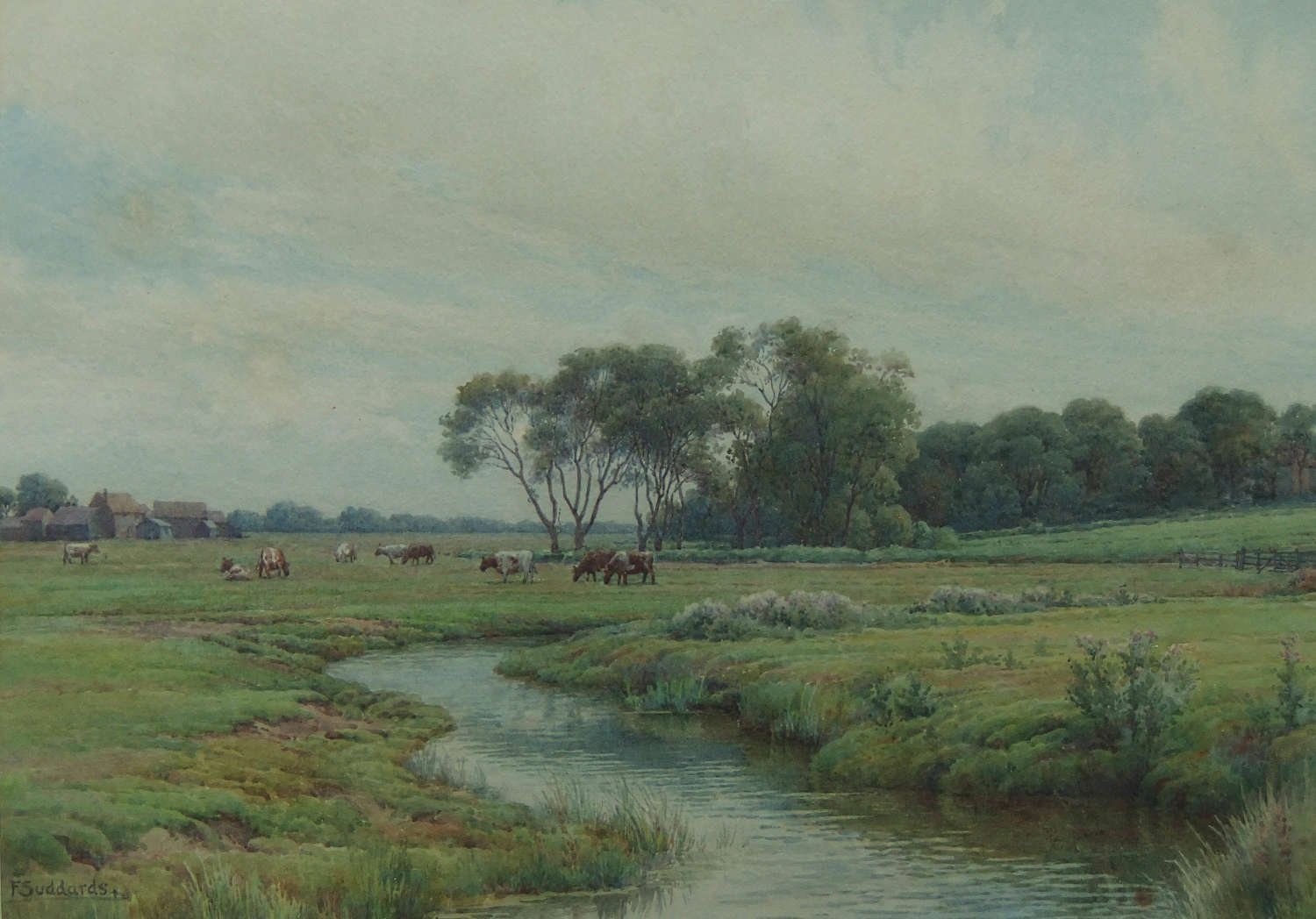 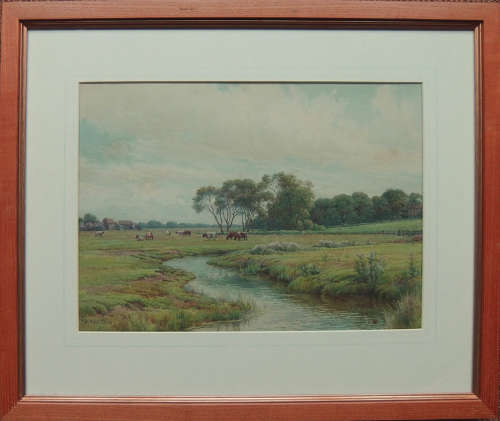 Frank Suddards (1864 -1938) was born in Bradford and was educated at Bradford Grammar School. In 1879, at the age of 16, he won a gold medal in a national competition organised by the Royal Water Colour Society. He studied at the National Art Training School (NATS) (later the Royal College of Art) and was awarded a College Diploma. He later taught and lectured in Leeds and in 1903 was appointed Head of the Bolton School of Art and in 1905 was appointed as an HM Inspector of Art in  Schools in the West Midlands and Wales. He was also a strong supporter of The Yorkshire Union of Artists, an organisation committed to promoting the work of artists from the region.
This fine watercolour by Suddards measures 12"x 17" and is signed lower left. It is mounted and framed giving an overall size of 21"x 25".