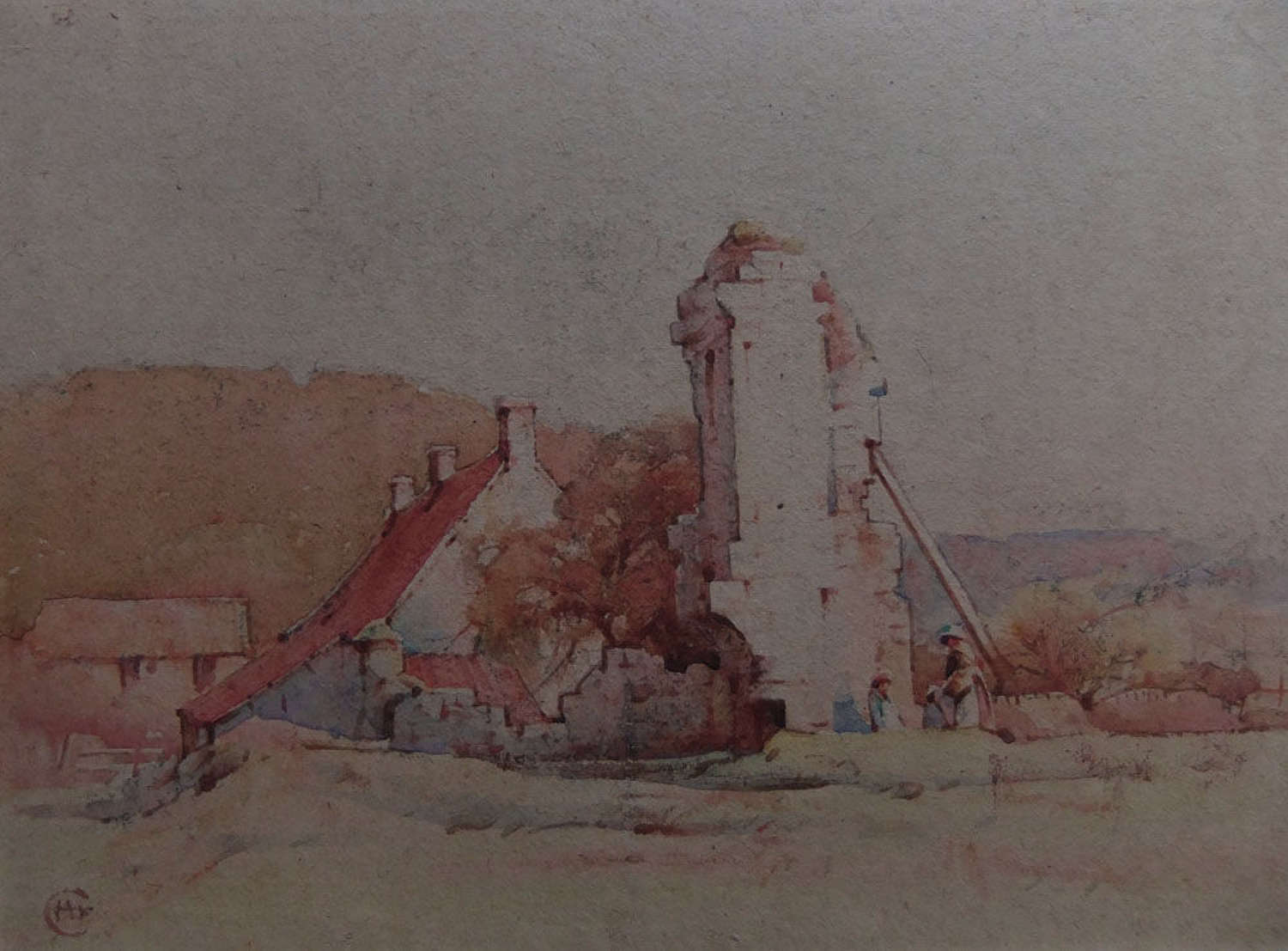 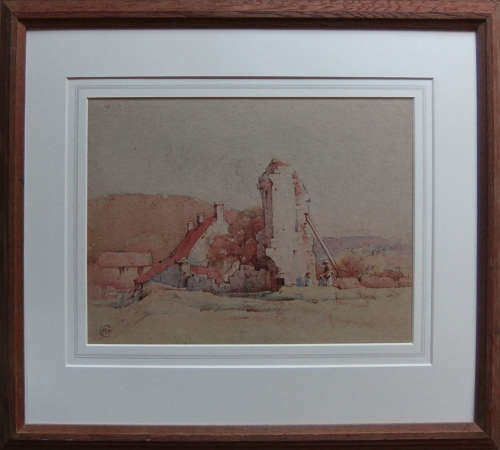 Cuthbert Crossley was born in Halifax in 1883. He studied 'Advanced Applied Design' at Halifax School of Art, winning a King's Prize. After WWI he worked as a carpet designer before becoming a full time artist in the 1920s. He was a painter, printmaker and designer, noted for his landscapes, architectural subjects and still life paintings. In 1928 he did a series of etchings of Halifax, and provided illustrations for Hanson's Old Inns of Halifax (1933). He exhibited at many galleries and shows throughout the U.K. After WWII, and in the Spring Exhibition of 1949, he gave his address as Norland, Parc Bean, St Ives. He and his wife both died in St Ives. In 1962 a Memorial Exhibition was held in Bankfield, nr Halifax, Yorkshire, where he was born and began to show his artistic talents; a further show of his work was held there in 1973. "The Abbey Farm, Rievaulx" is a watercolour painting by Crossley measuring 11"x 15". It is signed lower left with the artist's monogram and inscribed with the title by the artist. It is mounted and framed in a nice old oak frame giving an overall size of 20"x 24".