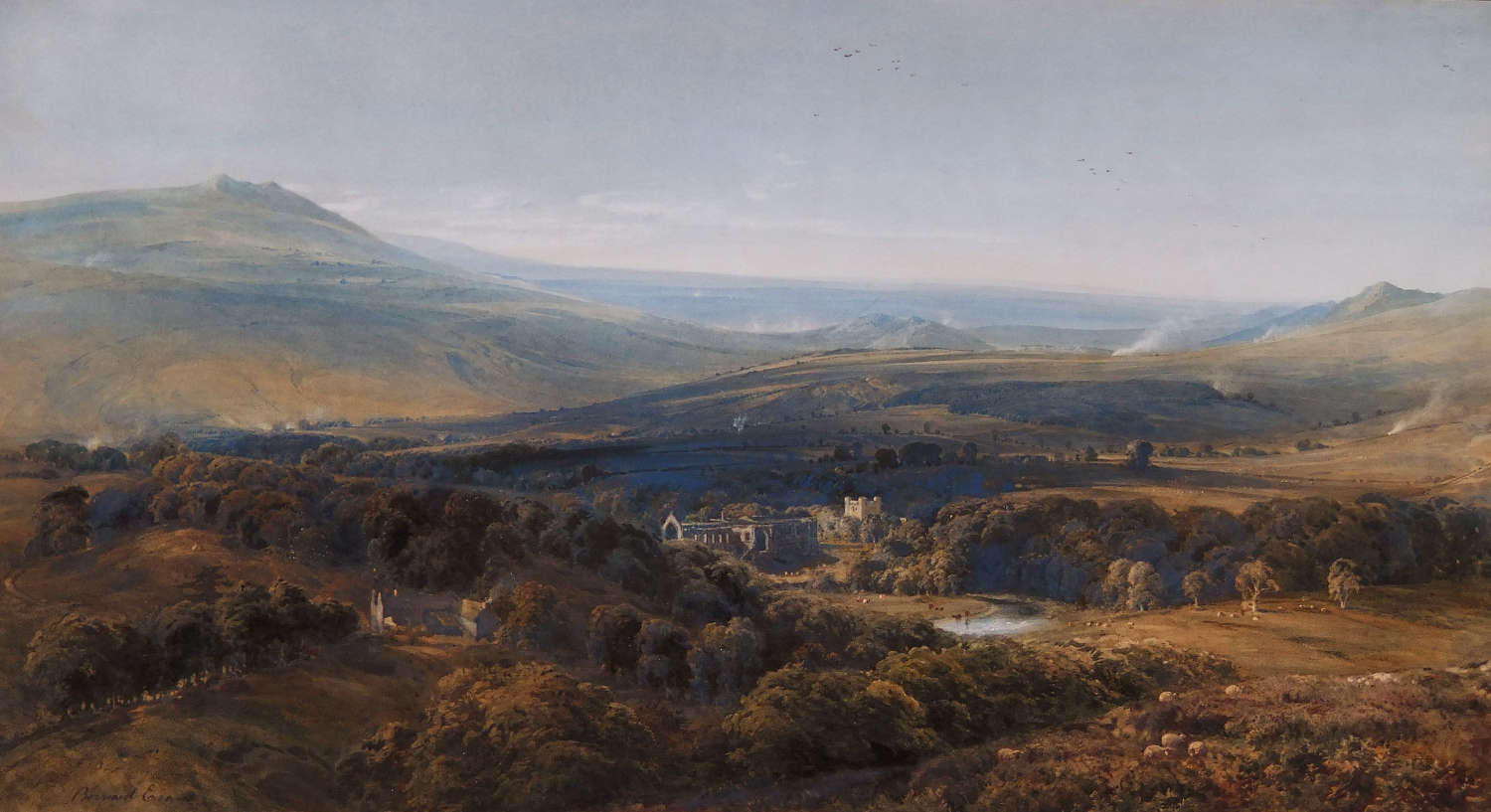 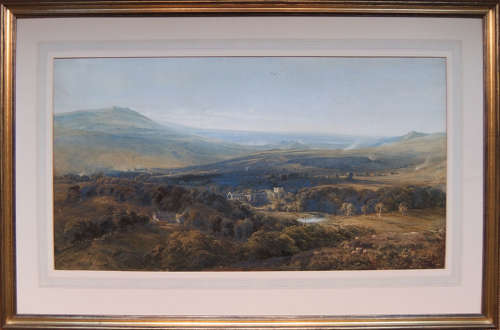 Bernard Walter Evans (1843 - 1922) was a British landscape painter and watercolourist in the Romantic style, working mainly in Birmingham, Wales, London, Cannes and the North Riding of Yorkshire. He was known for his arduous days of painting in the hard Yorkshire winters, with frozen water pots, little food, and only a paraffin stove to warm his hands. Evans was the son of an engraver, and four of his siblings were artists. He began his apprenticeship at seven years old with Samuel Lines. He studied under George Wallis at the Birmingham School of Art and then with Edward Watson at the School of Landscape Art. He married Mary Ann Eliza Hollyer, sister of Frederick Hollyer, and one of his cousins was George Eliot. Evans was elected a member of the Royal Society of British Artists and the Savage Club, and he was for many years a member of the Royal Institute of Painters in Water Colours.

The present painting "A view of Wharfedale with Bolton Abbey" is a wonderful large watercolour by Evans. Measuring 16"x 30" it is signed lower left and is mounted and framed in a gilt frame giving an overall size of 24"x 37".