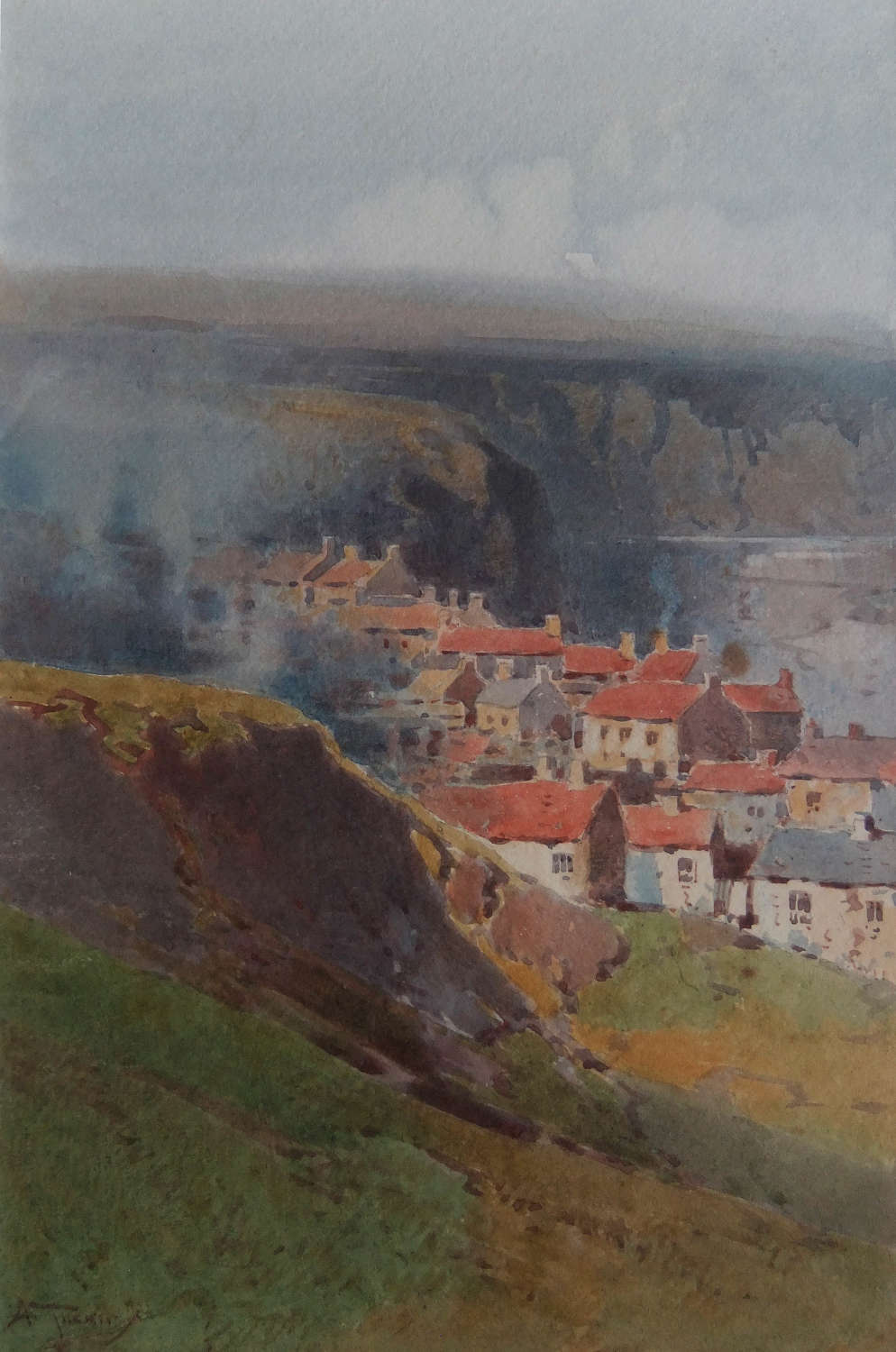 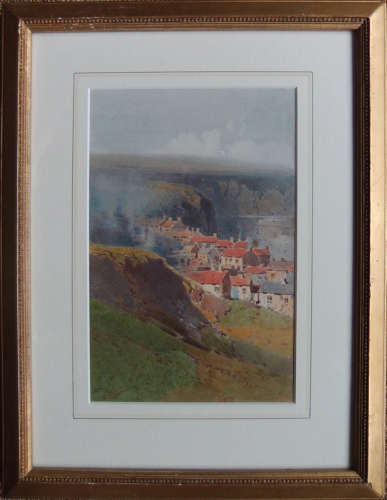 Arthur Tucker RBA was a landscape painter in watercolours. Born in Bristol his father, artist Edward Tucker Senior, moved the family to the Lake District when Arthur was four. Taught to draw and paint by his parents he painted land and seascapes throughout the British Isles. Tucker exhibited at Suffolk Street, the New Watercolour Society and at the Royal Academy. He was elected member of the Royal Society of British Artists in 1895 and became a founding member in 1904 of the Lake's Artists Society (later Vice-President).

"Robin Hood's Bay" Yorkshire is a fine example of  the artist's work. A watercolour measuring 11"x 7" it is mounted into the original frame giving an overall size of 17"x 13" and is signed.