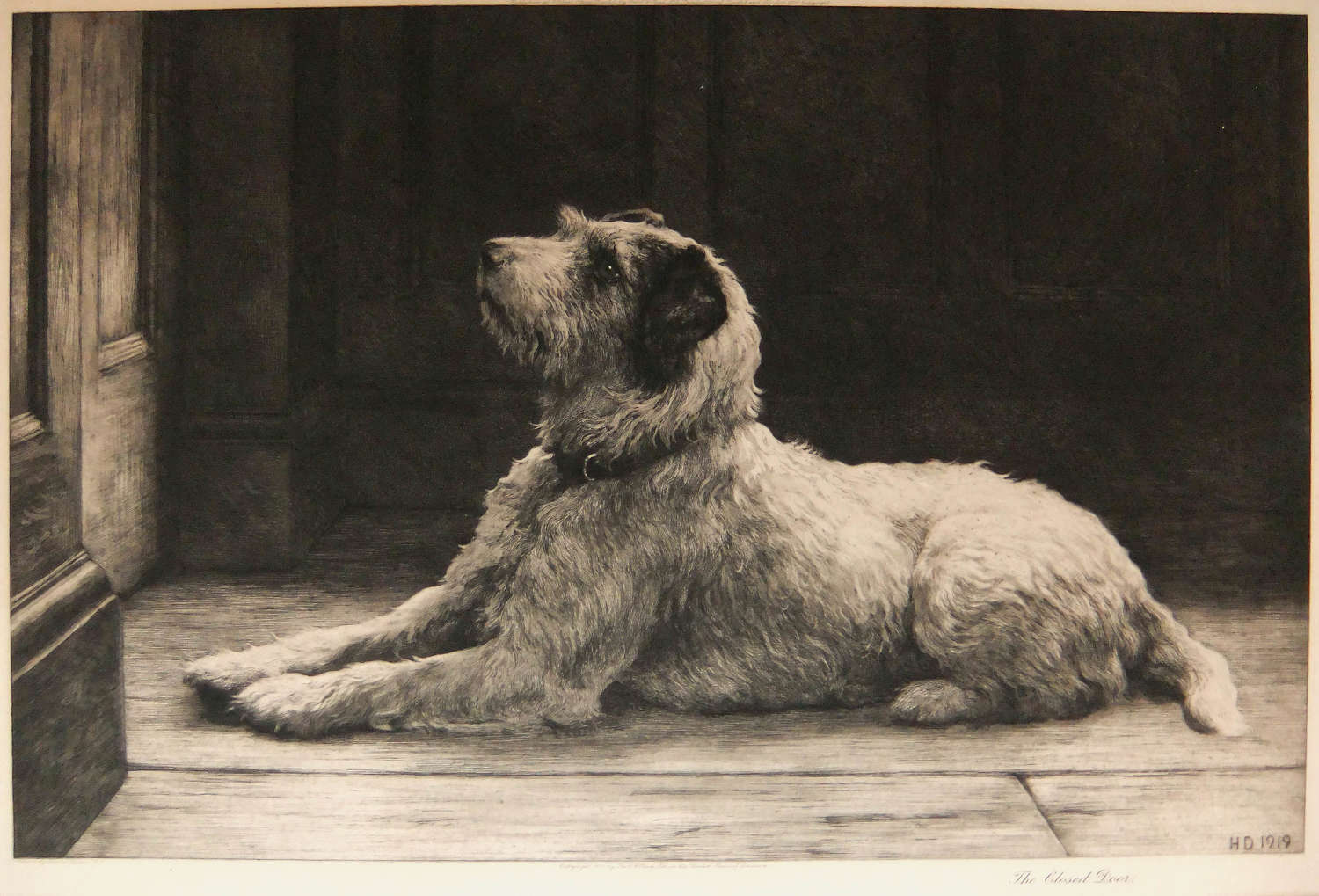 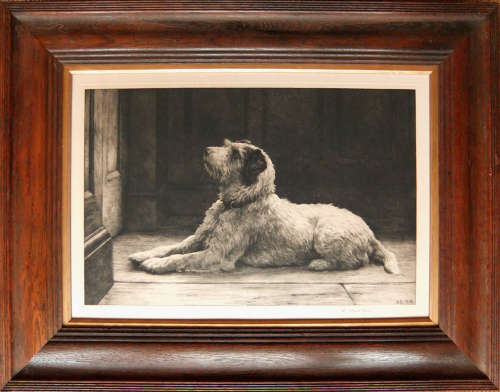 "The Closed Door" is an original etching by Dicksee. This is the unsigned edition which is dated 1919 and has the monogram "H...D..." on the plate. It is in a nice old oak frame giving an overall size of 24"x 32".