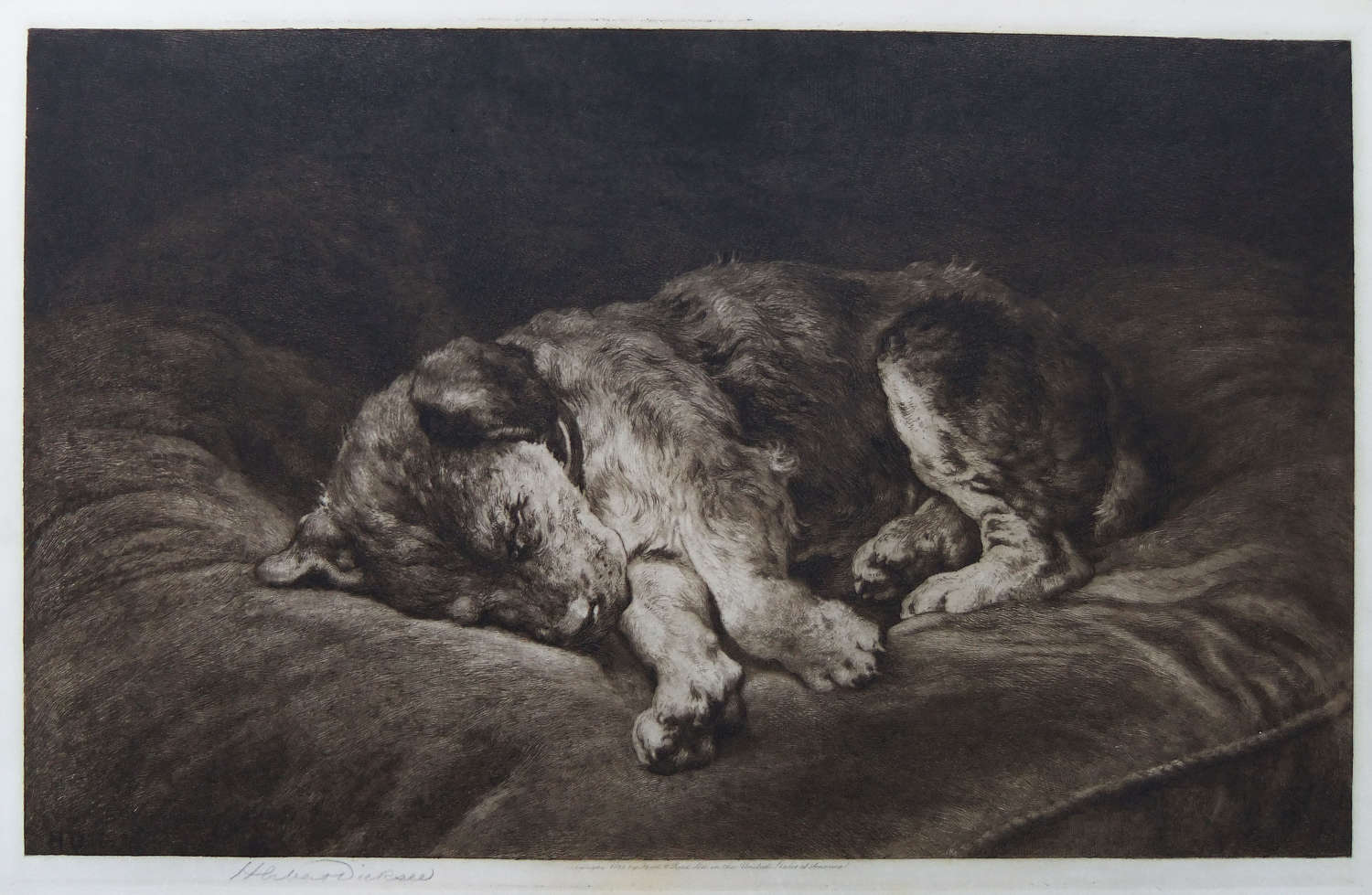 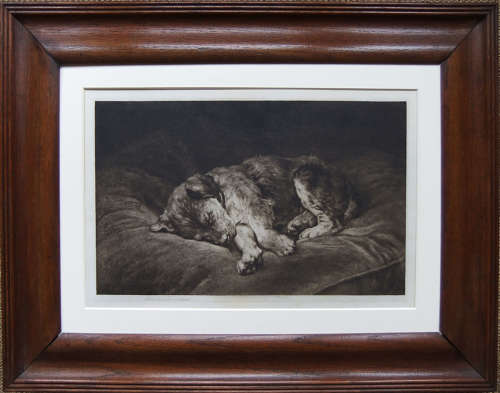 "On Velvet" is a 1st state artists proof etching on vellum measuring 10"x 16". It is signed in pencil lower left and is in a nice old oak frame giving an overall size of 18"x 24".