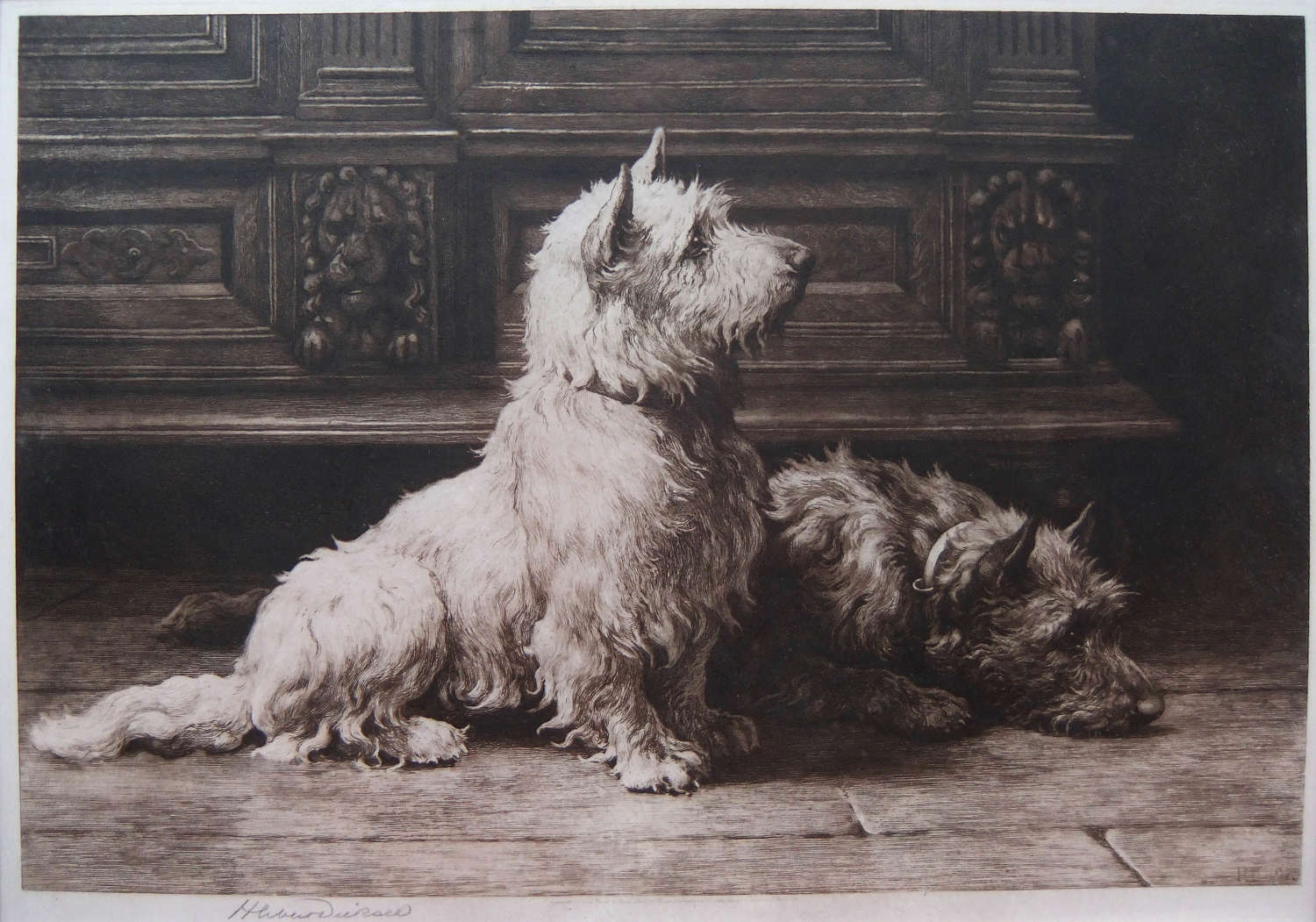 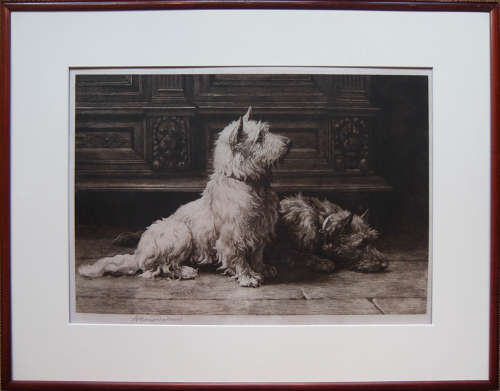 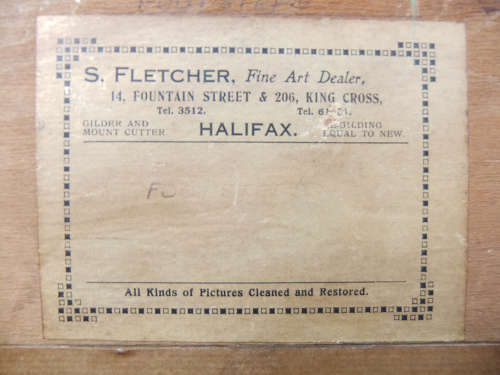 The present etching is a first edition signed artist's proof etching on vellum. "Footsteps" is in excellent condition and is mounted into the simple old wooden frame giving an overall size of 15"x 22". Listed as "Scarce" in the Dicksee catalogue this etching shows a West Highland White Terrier with a Scottish Terrier behind. On the plate is the monogram "H...D..." and the date 1925. There is a nice old label on the back for "S. Fletcher, Fine Art Dealer, Halifax".