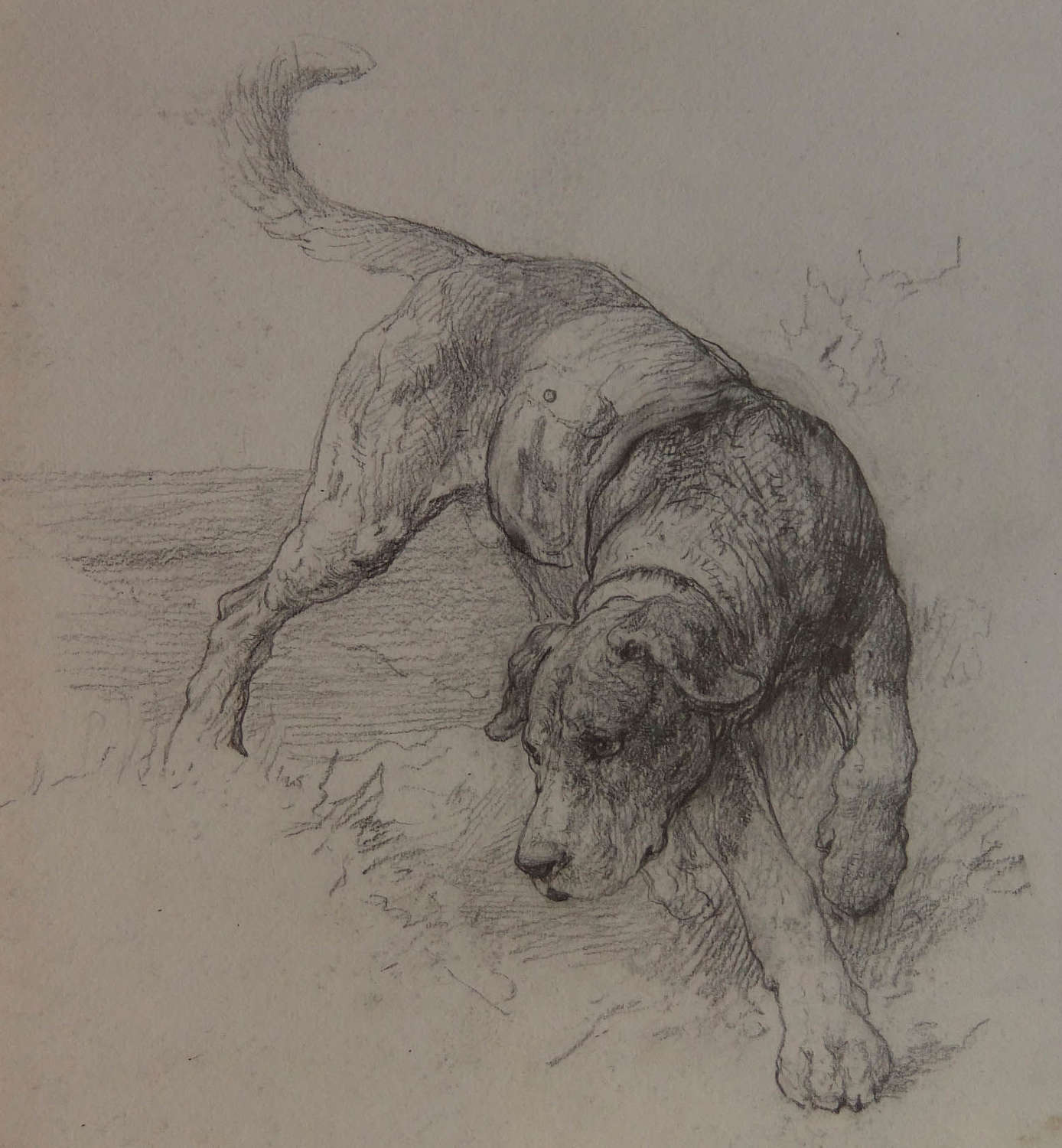 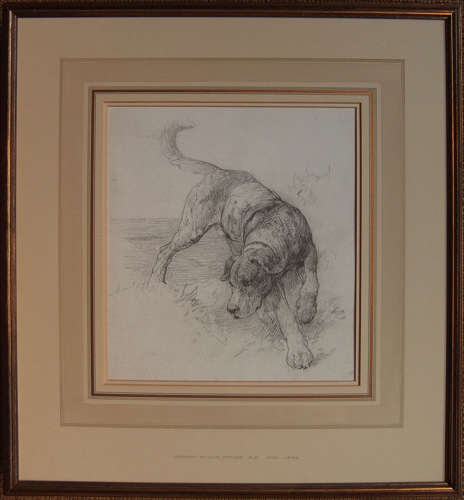 Herbert Thomas Dicksee was a British painter born in 1862. He was best known for his sensitive depictions of animals including dogs, lions and tigers. Dicksee's family was well-ingrained into the art world; his father was an artist and his nephew, Sir Frank Dicksee, was the president of the Royal Academy in London from 1924â€“1928. Herbert went on to study at the Slade School of Art in London on a scholarship, and his first painting was exhibited in 1881. Many of Dicksee's most famous works were transcribed into prints and etchings published by Klackner of London. He died on February 20, 1942 in Hampstead, England. The present Dicksee pencil drawing is the original drawing for the Dicksee etching "Rescued", his picture celebrating the work of the battlefield rescue dog in World War 1. The unsigned drawing measures 11"x 10" and is mounted and framed giving an overall size of 20"x 18".