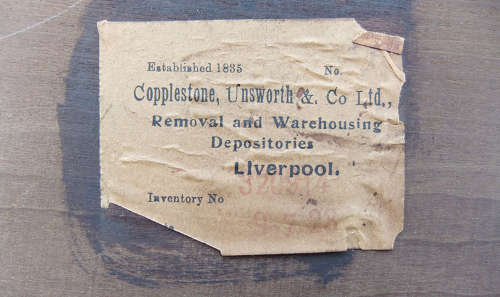 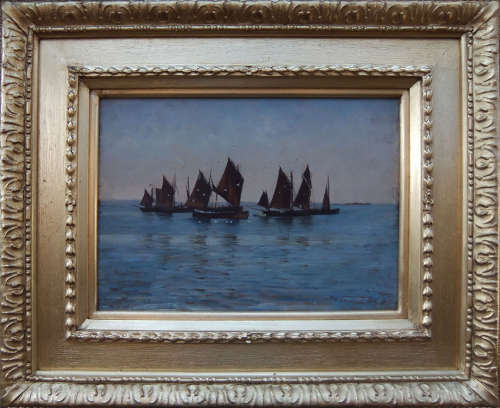 Robert Edward Morrison (1851-1924) was originally trained as a house painter serving part of his apprenticeship with William Nicholson of Douglas, father of the Manx artist, John Miller Nicholson. He moved to Liverpool in 1870 where he worked as a house painter. At the age of 21 he became a student at the Liverpool School of Art, where he studied under John Finnie. He later studied in Paris at the Académie Julian under Bouguereau and Tony Fleury. Morrison returned to Liverpool in the mid 1870s to become a full-time artist painting portraits, landscapes and marine pictures. He started exhibiting at the Royal Academy in 1884. He also exhibited extensively at the Liverpool Academy, acting as its President from 1895 to 1905. He was an active member of the Liverpool Manx society and was its President from 1911.

The present painting "The Herring Fleet" is an oil painting on panel measuring 10"x 14".  It is signed lower left and is framed in a quality gilt frame giving an overall size of 18"x 21". On the back there is a nice old label for "Copplestone, Unsworth & Co Ltd., Liverpool".