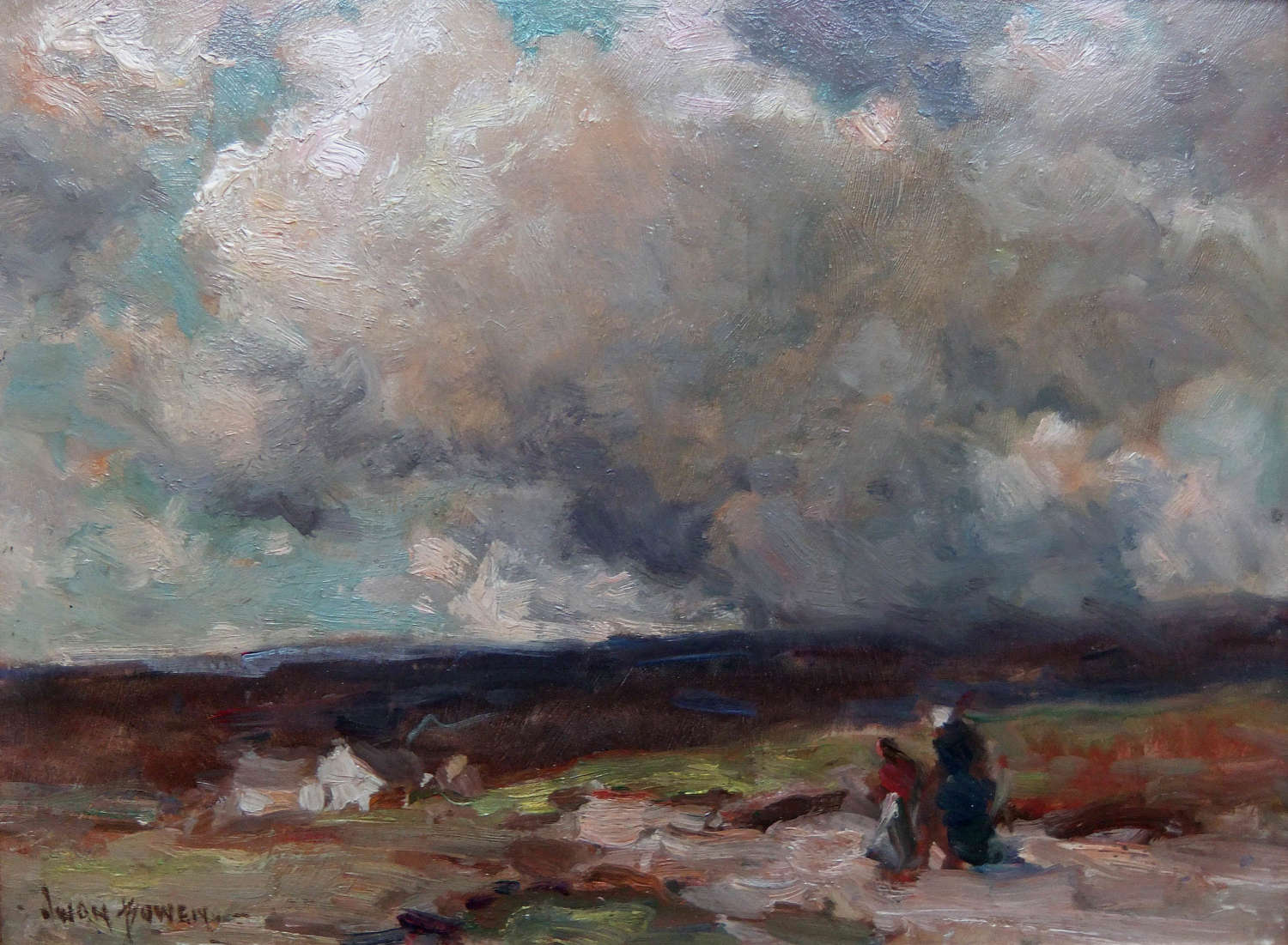 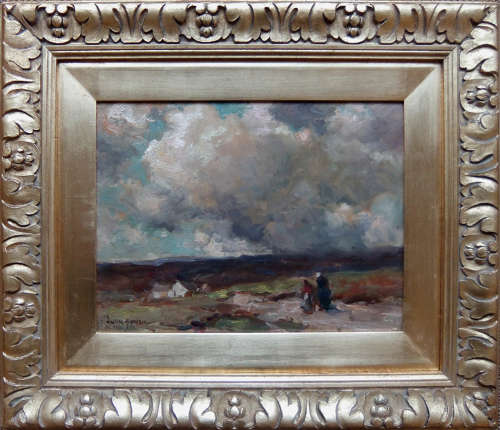 The present painting "The Moor" is a good early example measuring 11"x 15". It is signed by the artist and is in a good period frame giving an overall size of 19"x 23"