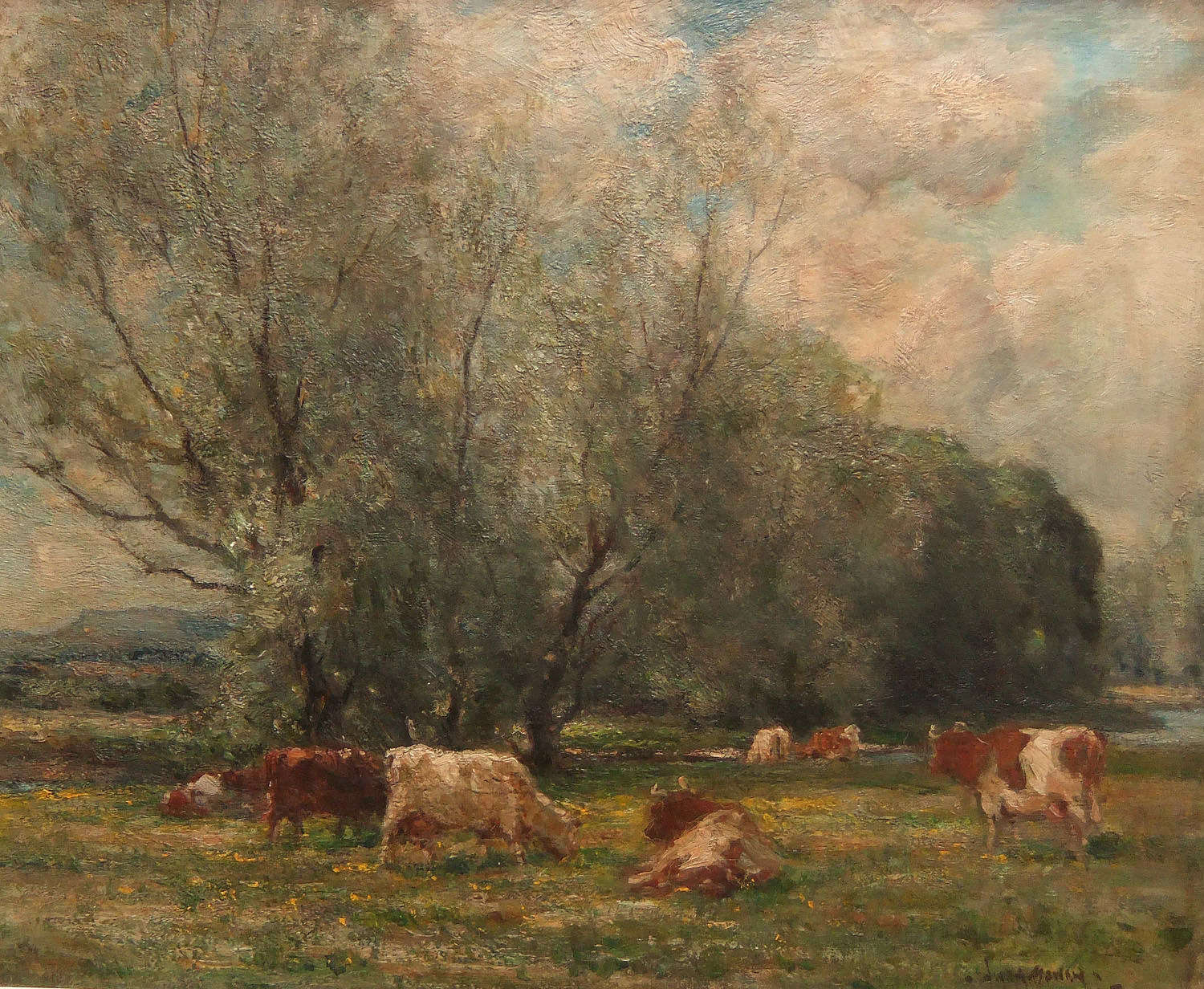 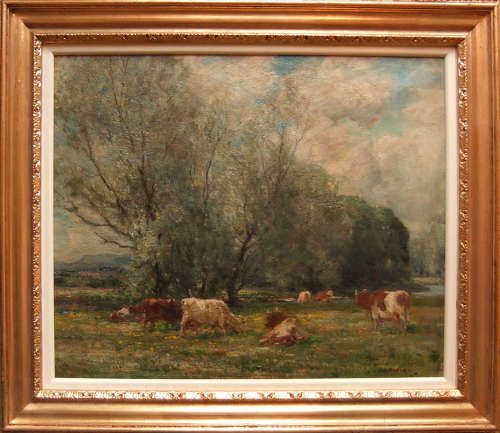 "East Linton near Dunbar, Scotland" is a good quality oil painting by Owen Bowen measuring 17"x 21". It is signed lower right and is framed in a hand finished gilt frame giving an overall size of 22"x 26".