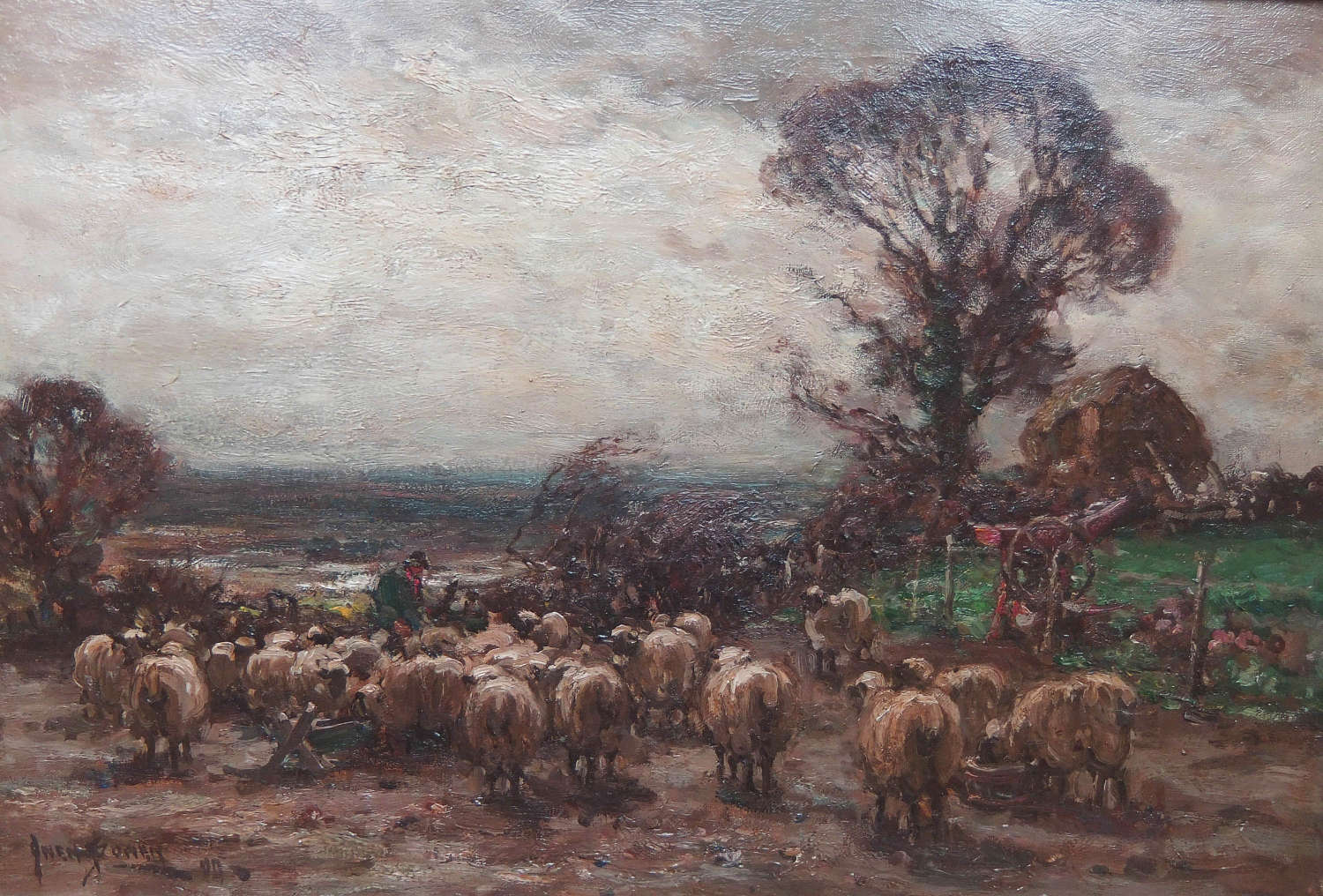 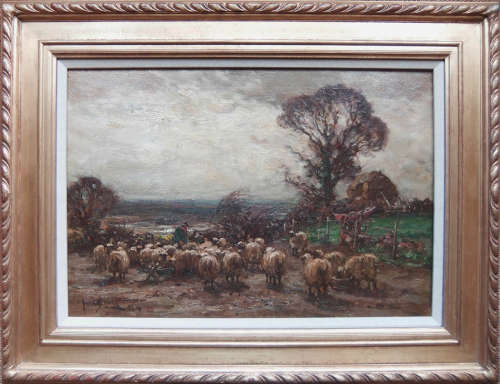 "Wharfedale, The Turnip Cutter" is a good early example showing the farmer feeding his flock. The painting measures 16"x 24" and is signed lower left and dated (19)09. It is framed is a good quality gilt frame giving an overall size of 24"x 32".