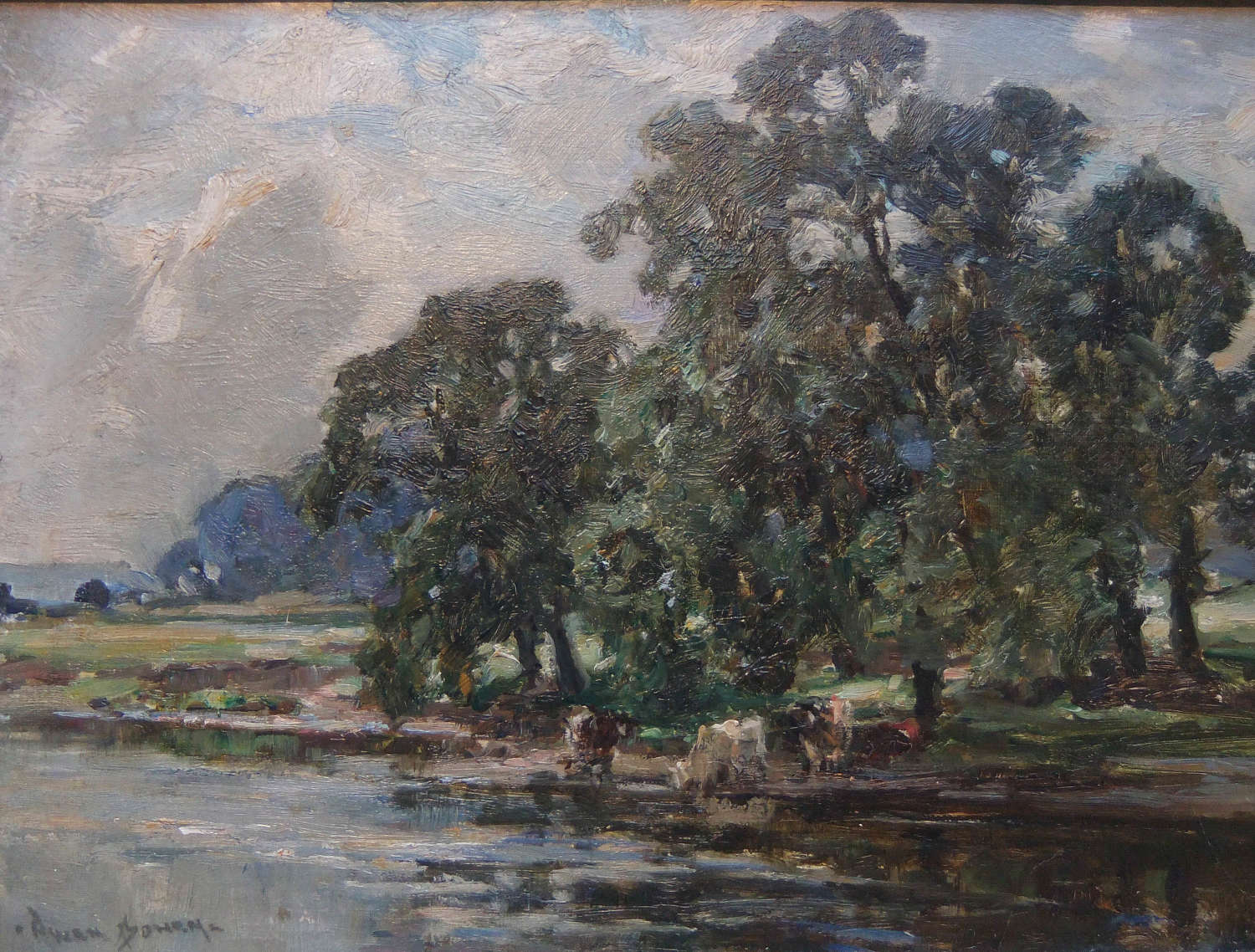 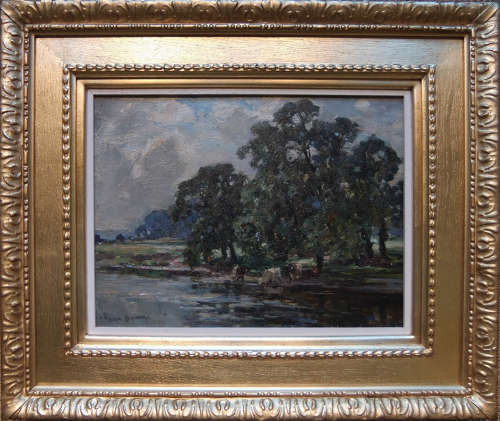 Owen Bowen "The Wharfe at Woodhall" oil on canvas

"The Wharfe at Woodhall" is an oil painting on canvas by Owen Bowen. It is signed lower left and is framed in a fine hand made gilt frame giving an overall size of 19"x 23".