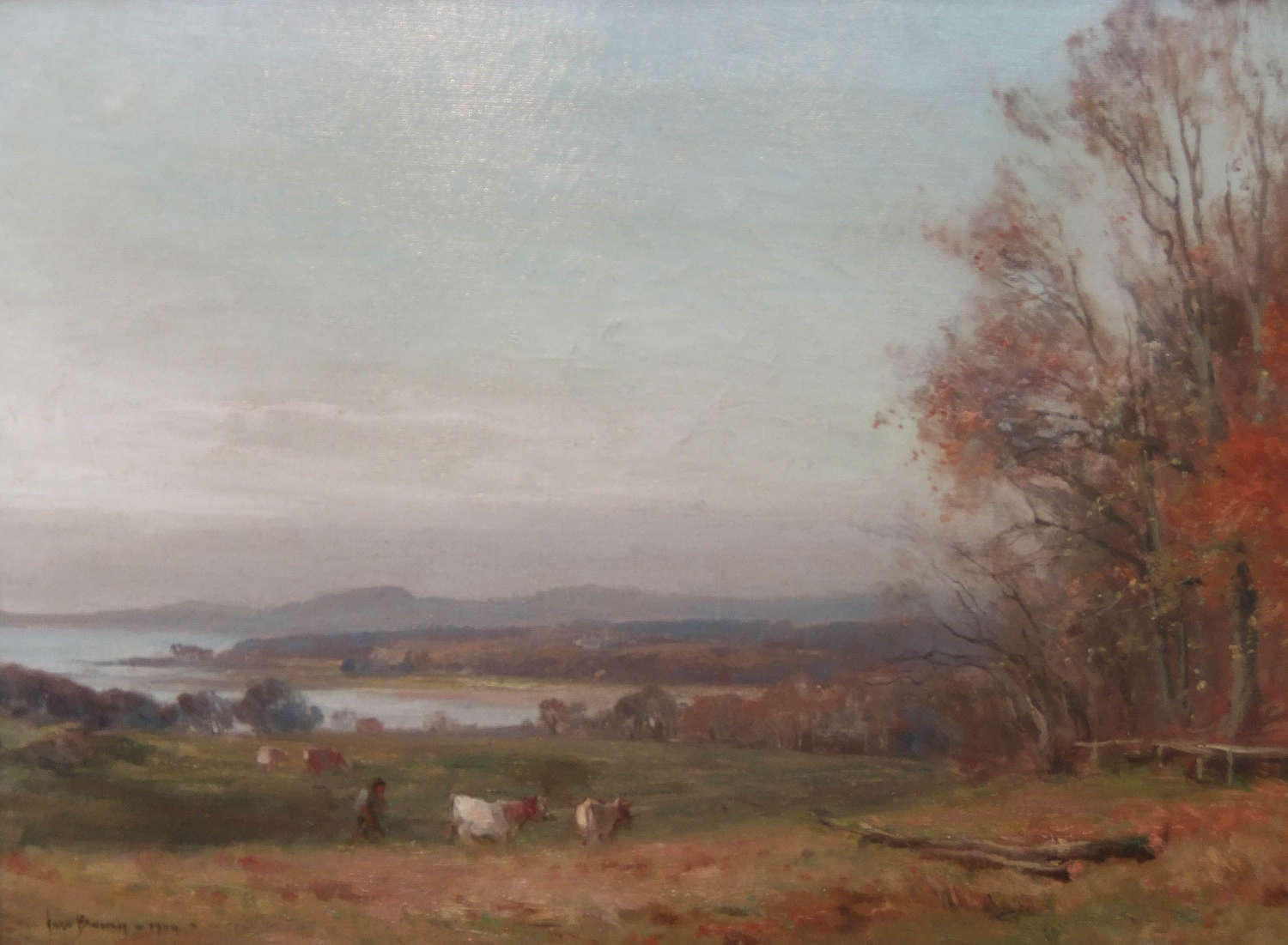 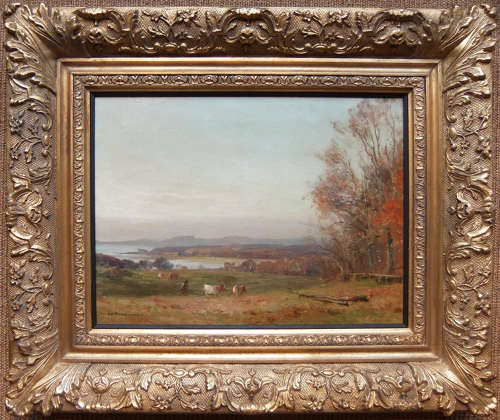 "The Solway Firth" is an oil painting on canvas by Owen Bowen. It is a good early example dating from 1904 and is signed lower left. It is framed in a fine quality gilt frame giving an overall size of  24" x 29".