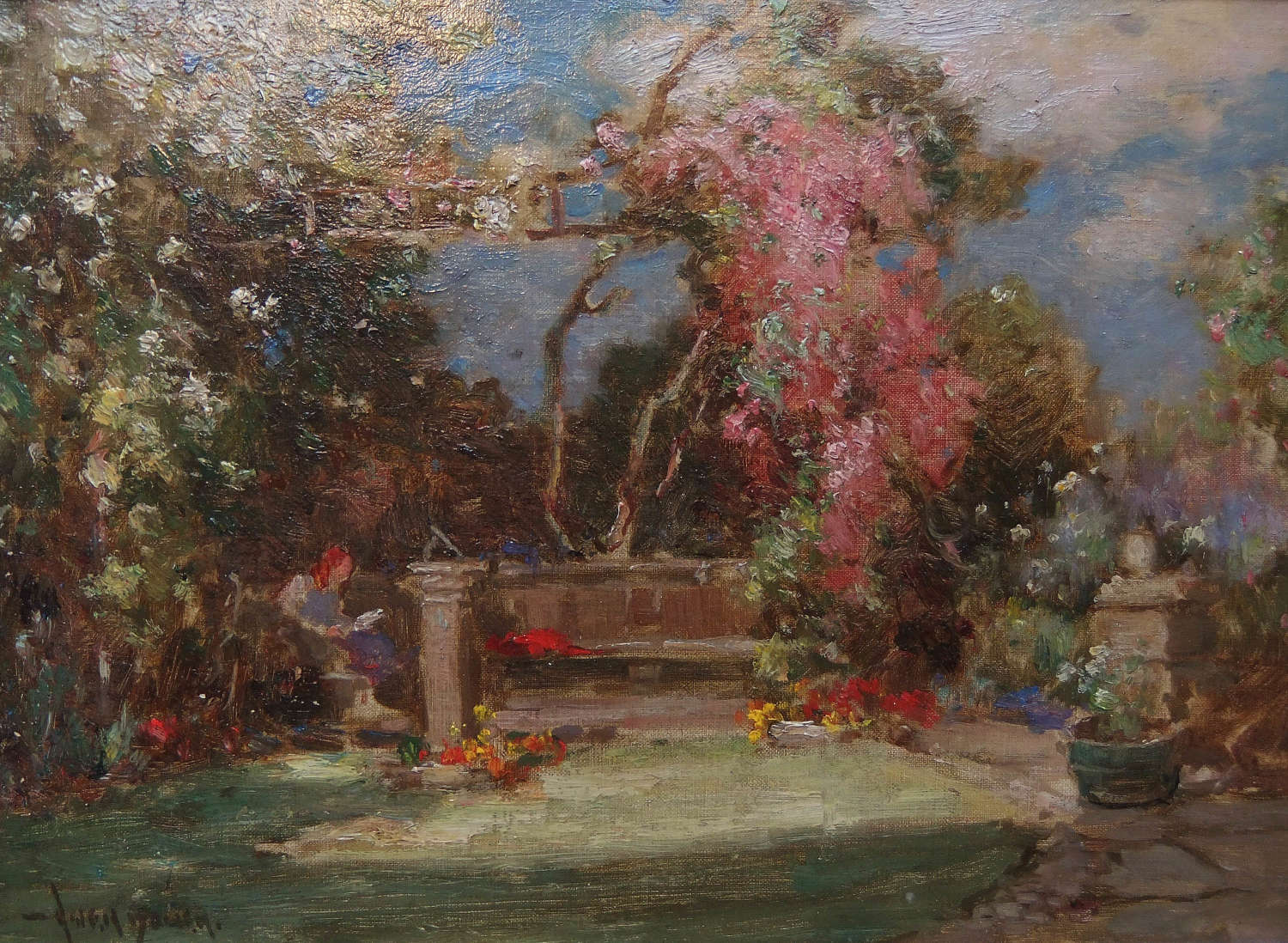 "The Artist's Garden" is an oil painting on canvas measuring 10" x 14". It is signed lower left and is framed giving an overall size of 16"x 20". Is shows a view at Evenholm, Collingham near Wetherby where Bowen lived for much of his working life.