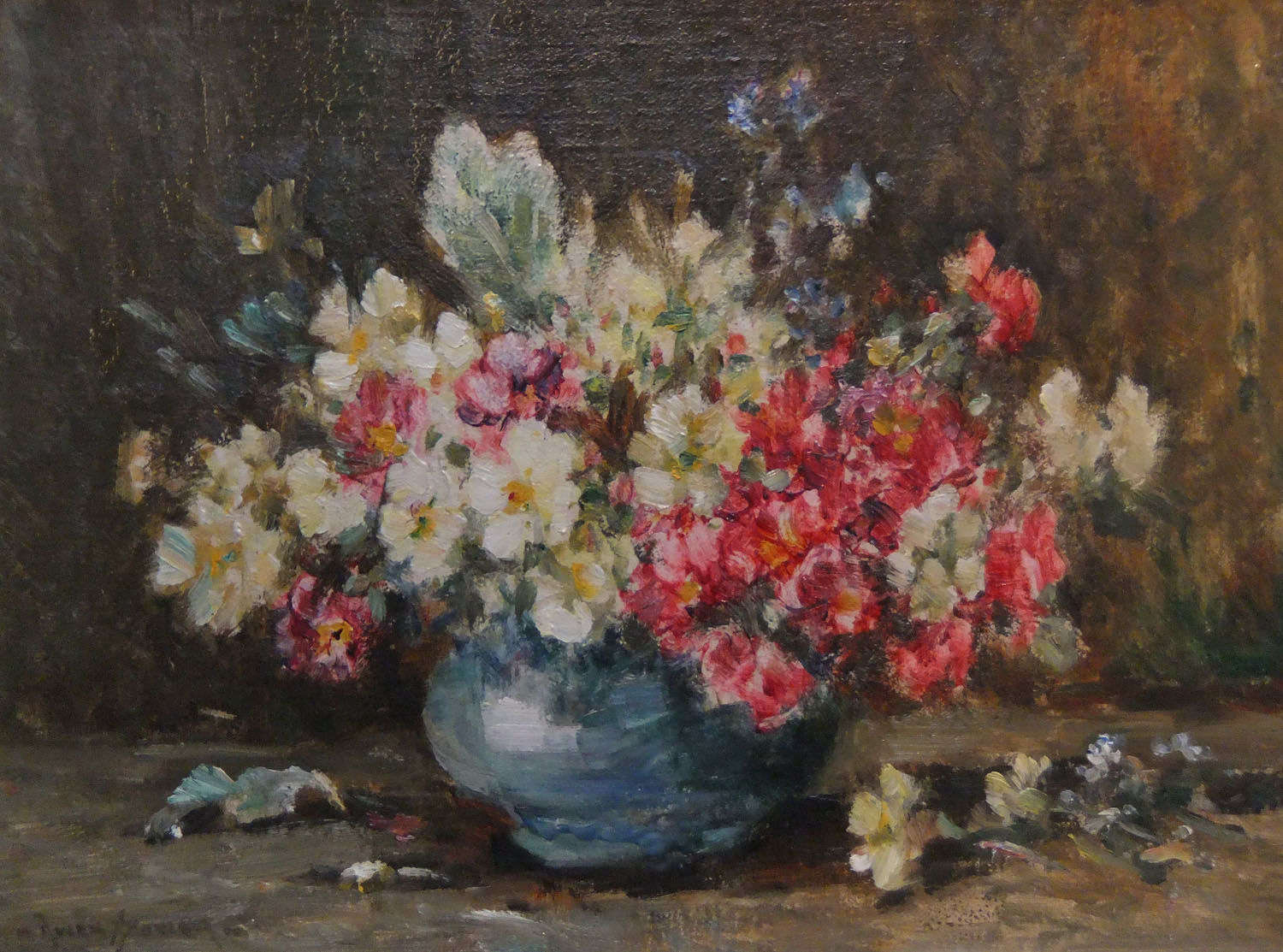 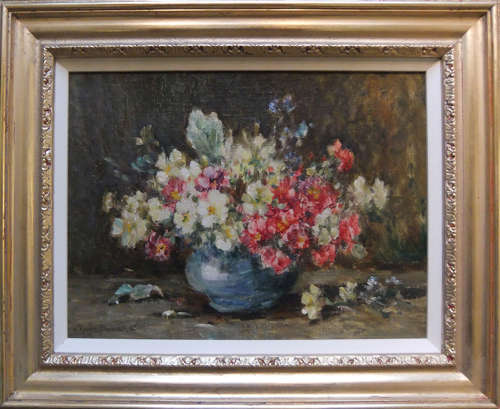 Owen Bowen - "Still Life with Flowers in a Blue Vase"

Owen Bowen was born in Leeds in 1873. He was educated from an early age during evenings at Leeds School of Art before working as a pottery designer and lithography apprentice. In the early 20th century, Bowen travelled to Holland, where he painted maritime landscapes and windmill scenes. He went on to form what was later known as the Owen Bowen School of Art. Before his death at the age of 94 in 1967, Bowen exhibited his work regularly throughout England, showing at the Walker Gallery, the Royal Cambrian Academy and the R.A. His work is held in many private and public collections and his paintings are in great demand to this day. "Still Life with Flowers in a Blue Vase" is a good example of Bowen's still life oil paintings. It is an oil painting on board measuring 11" x 15" and is signed lower left. It is framed in a good hand made frame giving an overall size of 16"x 20".