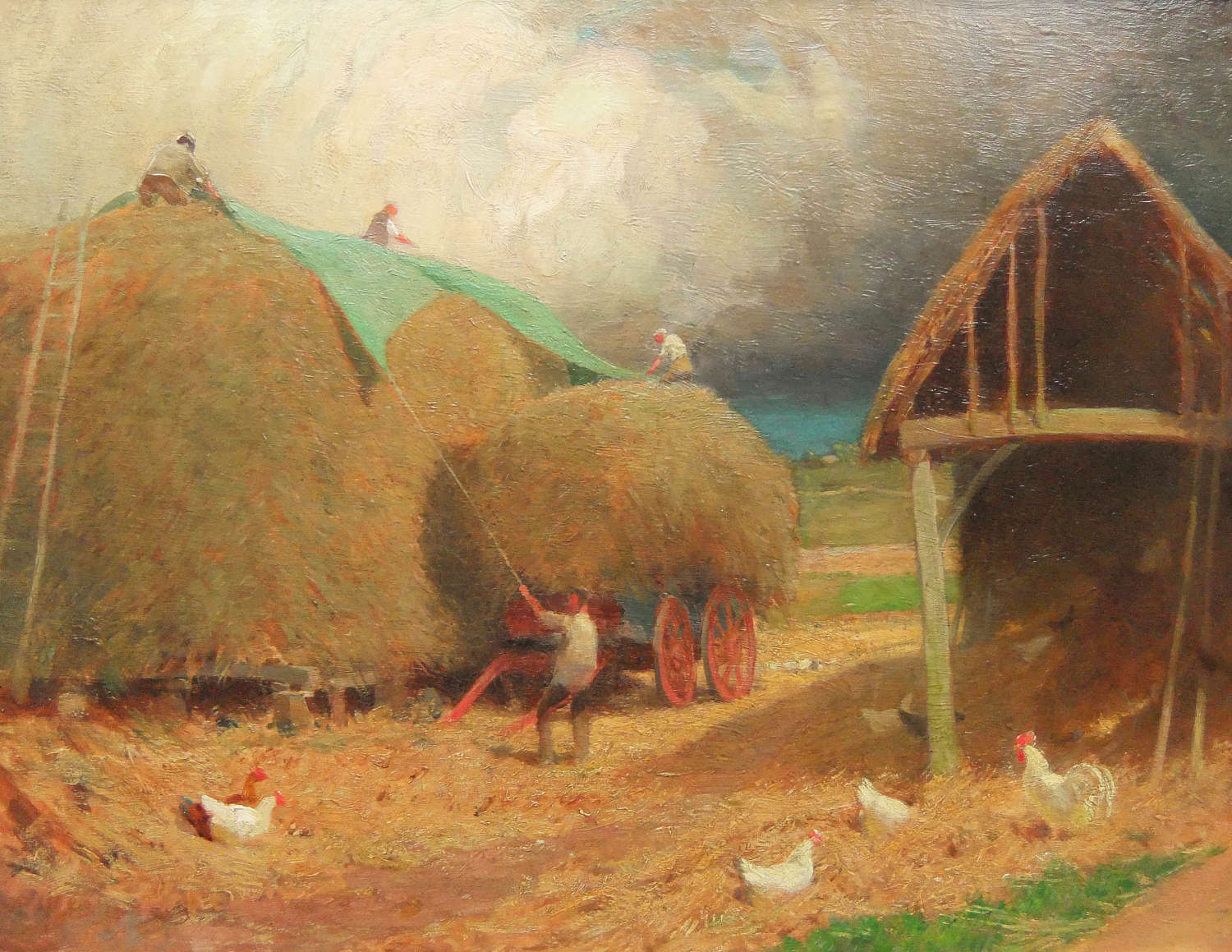 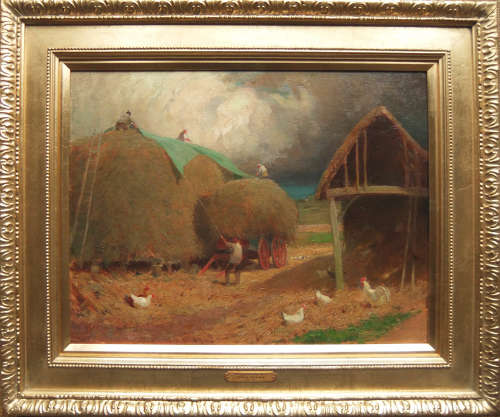 Gerald Gardiner was born in London in 1902. After studying at Beckenham School of Art and the Royal College of Art (1923-27), he exhibited landscapes in oil at the Royal Academy, the New English Art Club and elsewhere, including the provinces. He moved from Farnborough, Kent, to Gloucestershire in 1927, and lived first at Up Hatherley, near Cheltenham, and from 1934 at Lower Nash End, Bisley, Stroud. He later became painting master at Cheltenham School of Art. During the Second World War, Gardiner served in the Home Guard, but continued to paint, completing three large murals for the Cheltenham Services Club in 1943. After the war, he made several painting expeditions to Argyll, Scotland.

The present painting is a lovely atmospheric oil painting on canvas measuring 18"x 24". It is unsigned and is framed in a quality hand finished gilt frame giving an overall size of 26"x 32".