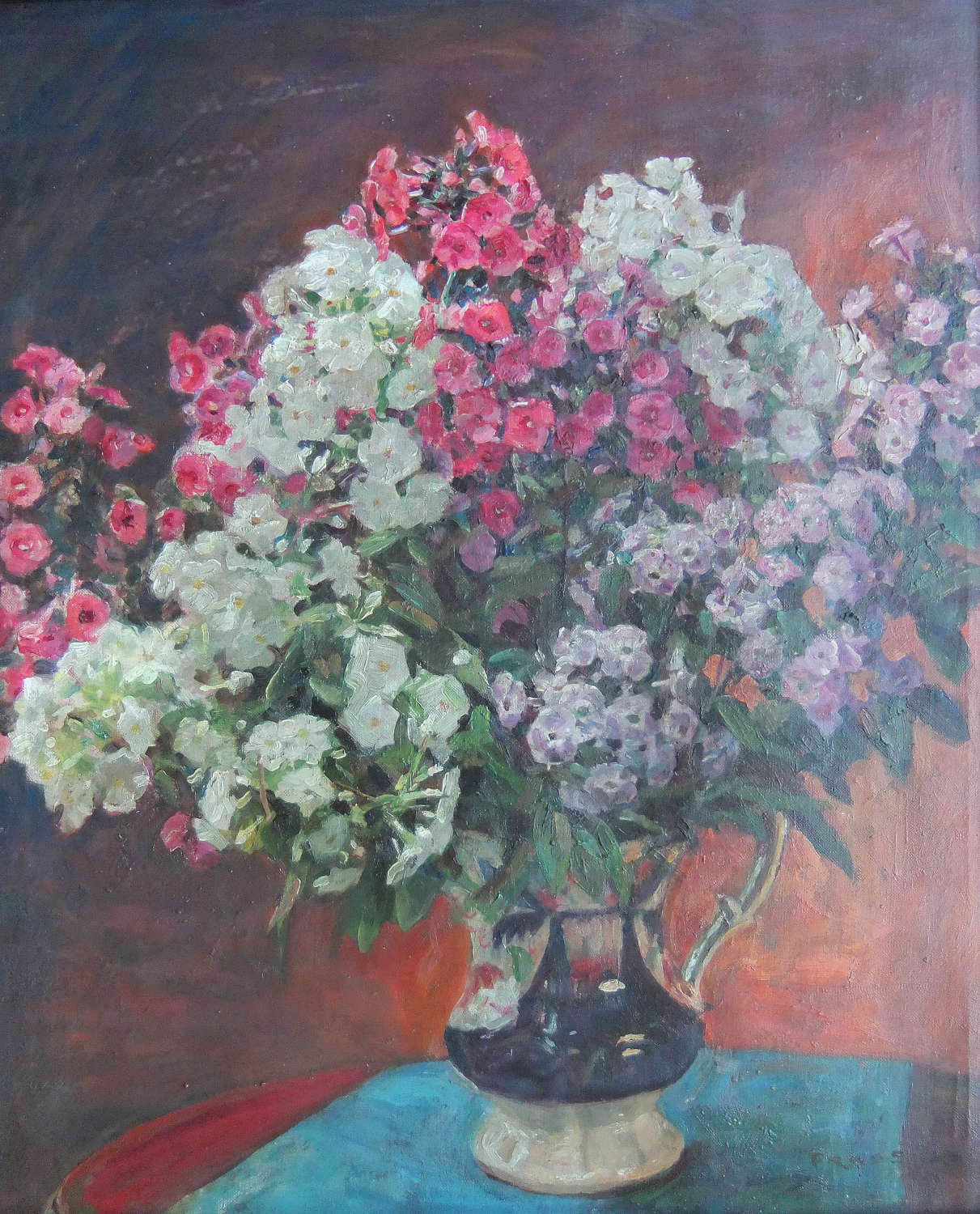 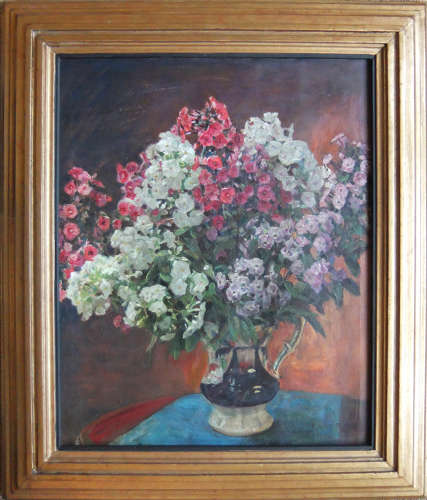 Frederick 'Fred' Stead was born in Shipley, Yorkshire in August 1863. He studied initially at the Shipley School of Art before being awarded a scholarship to The Royal Cambrian Academy. He gained a reputation as portrait painter of the rich and wealthy of Bradford and became the Chairman of the Society of Yorkshire Artists. He was however far more than just a portrait painter - his landscapes show a love of his native Yorkshire and he exhibited regularly at The Royal Academy in London including works such as "Shades of Evening", "The Magic Crystal" and "The Princess and the Frog".

The present painting "Still Life with Flowers in a Vase" is an oil painting on canvas measuring 24"x 20". It is signed lower right and is framed giving an overall size of 31"x 26"