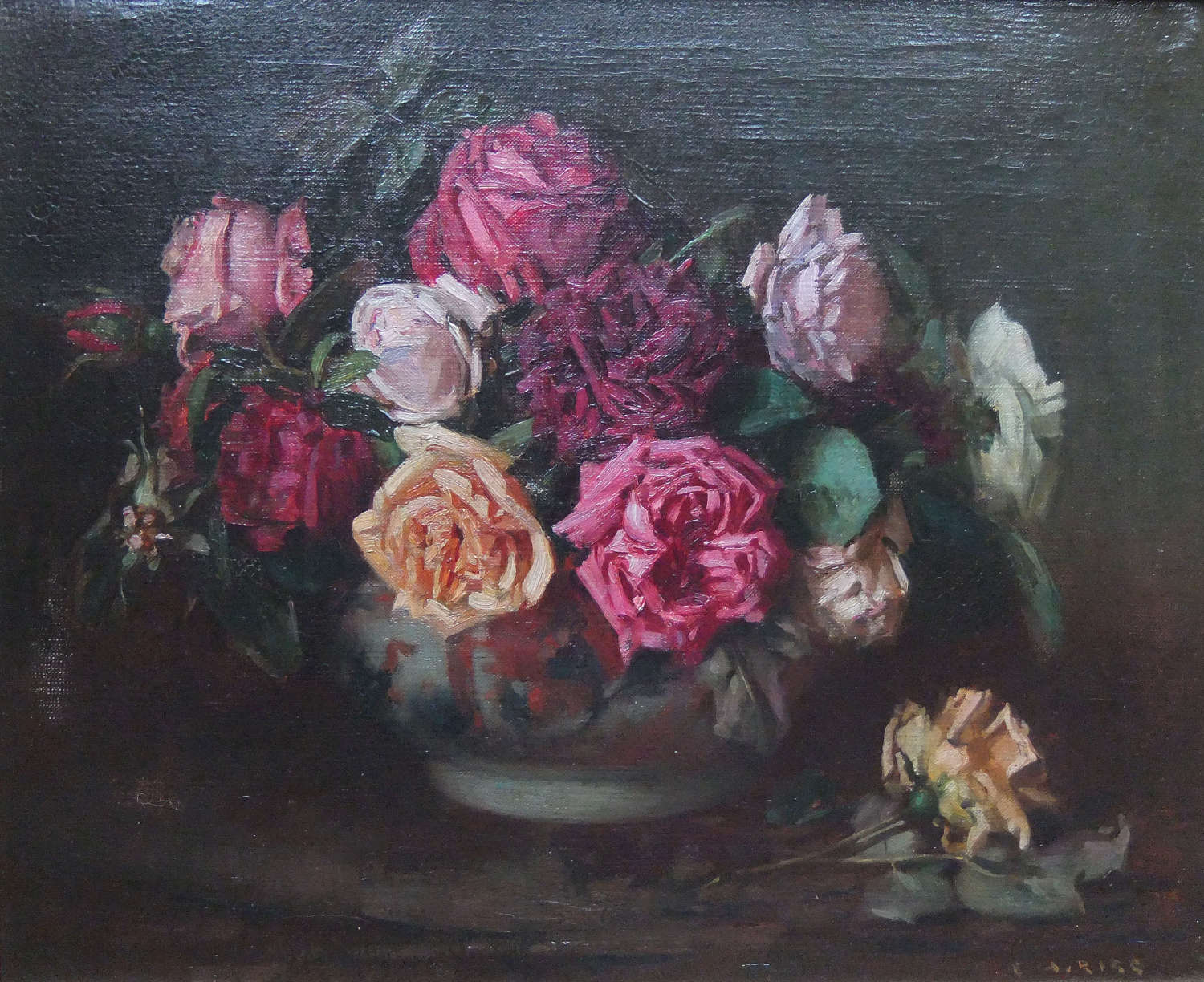 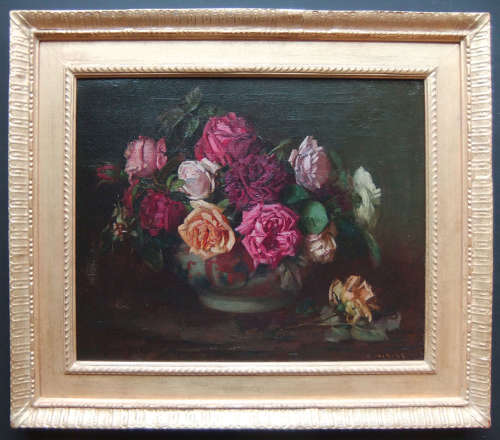 Ernest Higgins Rigg was born in Bradford and studied at the School of Art there and then at the Academie Julian in Paris. He first visited Staithes in 1896 and lodged in Hinderwell at Quaker Garth and later stayed at the village’s Commercial Hotel. He moved to Sussex in 1908, but returned to Yorkshire after the First World War, living in Shipley in 1918 and Richmond in 1919. His brothers, Alfred and Arthur H. were both artists.
He was a founder member of the Staithes Art Club and was one of a social group of artists in and around the village. He was elected a Council Member of the Yorkshire Union of Artists in 1899. His work is in public galleries in Bradford, Sheffield and Whitby. Rigg exhibited at the Walker Gallery Liverpool, Manchester City Art Gallery, the Royal Academy, the Royal Society of British Artists and the Yorkshire Union of Artists.
The present painting "Still Life with Roses" is an oil painting on canvas measuring 16"x 20". It is signed lower right and is framed giving an overall size of 22"x 27".