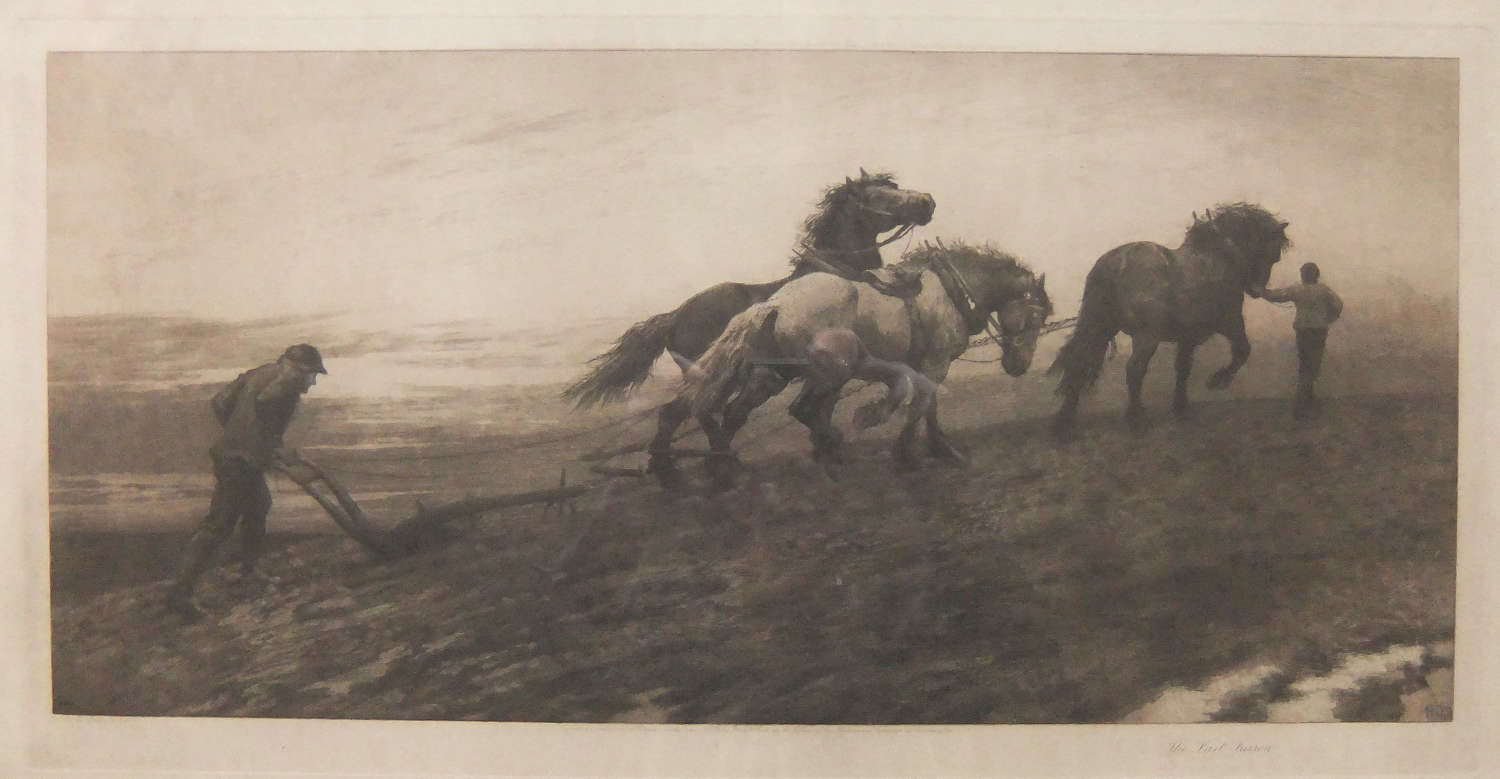 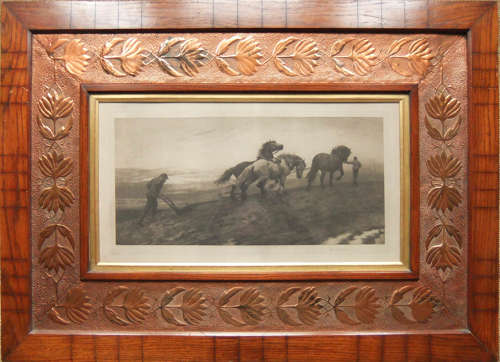 "The Last Furrow" is an original etching by Dicksee measuring 13"x 24". It dates from about 1900, is the unsigned edition and is in a stunning quality oak and brass frame giving an overall size of 29"x 41".